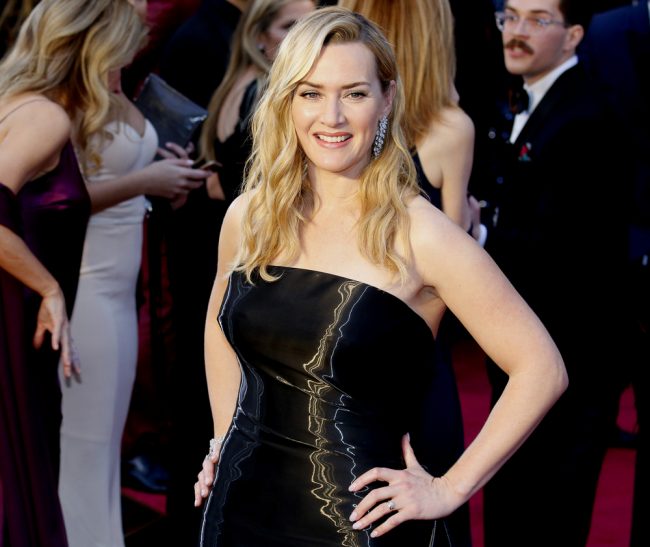 It’s not only frustrating that far too many creative men in the entertainment industry have been accused of some sort of abuse, sexual assault, or sexual misconduct, but they are also allowed to continue to have thriving careers while facing minimal consequences, if any at all, from their industry. Woody Allen is one of those men, and Kate Winslet is a frustrating example of Hollywood’s ingrained, systemic sexism in action.

In an interview with The New York Times, Winslet talked, in part, about an upcoming film of hers called Wonder Wheel, which was directed by Woody Allen. When asked about whether the sexual abuse allegations against Allen gave her pause, Winslet said:

Now, everyone has their individual lines as far as whom to work with and when, what lines they won’t cross personally or professionally, and ultimately, it isn’t my place to tell someone where to draw their ethical or moral boundaries.

The reason I’m writing this piece, however, is that when one is working in an industry as small and as insular as the entertainment industry is, one in which a small group of people are continually working with and circling each other in intimate environments (like film and TV sets, or at hotels during press junkets) over and over again, one’s negative personal behavior, if left unchecked, can do real harm really easily. And so, those who leave the negative behavior unchecked are playing a part in maintaining that harmful status quo.

And for what? A good movie?

Let’s take the celebrity names out of it for a second:

Whether Person C knows Person A or not, something they do know is that Person A has not only been accused of impropriety by Person B, but that there have either been other accusations, or other behaviors that are, at the very least, worth calling into question. By coming along and agreeing to work with Person A, Person C—whether they want to be or not—is sending a clear message. That their desire to work with Person A, for whatever reason, is more important than information received about how they treat women.

Meanwhile, there are other extremely talented directors with long careers filled with films people like who haven’t been accused of anything. Despite what I said above about far too many men having been accused of some sort of abuse, sexual assault, or sexual misconduct, there are also plenty of men we’ve never heard a peep about in that way. There are also *gasp* female directors.

In other words, there are choices. Person A is not the only game in town as far as working with a respected, talented director who will challenge Person C in their chosen profession. And the higher up on the industry food chain Person C is, the more ability they have to choose, although even someone at the bottom of the food chain has options.

Now let’s get back to specifics.

Winslet described her decision-making process when it came to Wonder Wheel, saying “When I read the Woody Allen script, I thought, ‘Oh my God, I can’t do this.’ I read the script sitting on the staircase in my house, and didn’t move until I finished reading. I just sat on the staircase for an hour, in complete shock and panic. But that’s the best feeling, because sheer terror sometimes is the greatest challenge of all.”

She goes on to say, “Here’s the catalyst — probably wasn’t going to get another go-round with Woody Allen, so it’s now or never. And it was an extraordinary part, that I could not believe he was asking me to play, so just the flattery of being offered the role was enough. The only reason I wouldn’t have done it would have been fear, and that is no way to live a life, man. Plus I knew my parents would be incredibly proud of me working with Woody Allen.”

So, she loved the script, loved the role, and was flattered by being asked to play it. So far, so good.

It’s the part about getting a “go-round” with Woody Allen that sticks out precisely because it shows just how powerful white male directors are in this industry. That they can be accused of abusing their own daughter after having an affair with them, then marrying the adopted daughter of their then-girlfriend over whom they relish having “paternal influence,” and still be seen as a prestigious creative collaborator.

It isn’t as if Kate Winslet is hurting for work. In the very same New York Times interview, she was also promoting her upcoming film with Idris Elba, The Mountain Between Us, directed by Hany Abu-Assad, a Dutch/Palestinian/Israeli filmmaker who, as far as I know, has never been accused of anything.

And it isn’t as if she doesn’t know that there is a systemic problem with the way men treat women in Hollywood. Sure, individual cases out of people’s personal lives are one thing, but when you have an industry in which the most powerful people in it have a high percentage of these egregious incidents? That’s something else. That’s something that needs to be challenged. She has to know that, right?

So why would “getting to work with Woody Allen” be more important than 1) the possibility that this man has hurt or taken advantage of the women in his life and 2) the fact that there are enough men in the industry that take advantage of women sexually and otherwise in Hollywood for it to be a problem, and that behavior in one’s private life often translates to what we’re willing to do elsewhere.?

I don’t know what’s in Winslet’s head, or how she feels about herself or her career. I do know that by virtue of being a woman in Hollywood, there are already chips stacked against her. I know that getting older as a woman means there’s a ticking clock and an ever-lessening number of opportunities unless you “play your cards right.” Winslet is still at the peak of her powers. She’s also Over Forty (gasp!), which is practically ancient by Hollywood standards.

It’s worse still when twenty-somethings like Jennifer Lawrence are cast in roles for forty-somethings.

When she says “probably wasn’t going to get another go-round with Woody Allen, so it’s now or never,” she could certainly be referring to the fact that he’s getting up in years, and so any of his films could unexpectedly be his last. However, it’s also indicative of the way she feels she needs to care for her career. She wants the Woody Allen feather in her cap while she can get it. Working with him raises her value.

Working with a male director with a questionable history around his treatment of women raises even an accomplished woman’s value. If that’s not systemic sexism, I don’t know what is.

More people need to say no to people like Woody Allen. Or Johnny Depp. Or Roman Polanski. Or Chris Brown. Or Joss Whedon. Etc, etc, too many freaking et ceteras. We had one wonderful example of an actor exerting his power to fight injustice in Ed Skrein leaving Hellboy once he realized his role was whitewashed.

That was beautiful, but it was one guy and one role. Everyone in the industry needs to start considering their choices beyond themselves. That’s the only way any kind of meaningful change can happen.