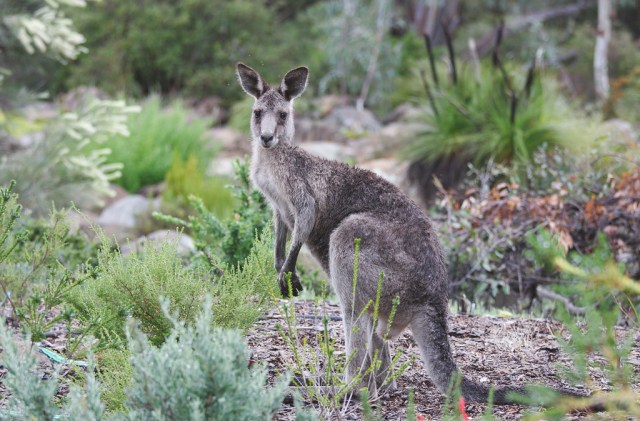 In an embarrassing turn of events, an Australian politician was injured during a run-in with a kangaroo. While the kangaroo that attacked Canberra politician Shane Rattenbury was reportedly just spooked by its unexpected encounter with a human, we can’t help but wonder if the menacing marsupial didn’t have loftier political goals in mind.

Rattenbury was leaving his home for a jog when he surprised a grey kangaroo grazing near his home. The resulting altercation left Rattenbury well and thoroughly kicked around and bleeding from multiple lacerations on his legs. If the kangaroo was working to make a statement, it fell on deaf ears, though, as it’s hard to be taken seriously as a force for change when your main tools for fomenting revolt are “hopping” and “kicking things.” Frankly, this may be why marsupials, despite their long history on the continent, have still failed to make a significant impact on Australian politics.

While they look cuddly, kangaroos are still wild animals, and they can be dangerous is cornered or spooked, lashing out with their extremely powerful legs. Thankfully, the kangaroo that attacked Rattenbury lacked the formal boxing training that could have let it do some real damage.

The gashes on his leg Rattenbury suffered will heal, but we worry what effect this will have on his political future. Imagine if a politician in the U.S. was attacked by an bald eagle. It wouldn’t be his fault, sure, but the image would be damned hard to shake come election season. While the kangaroo isn’t Australia’s official national animal, it is still strongly associated with the nation — so much so that it appears on the country’s coat-of-arms. This attack could give some voters in the land down under cause to wonder if that kangaroo knows something about Rattenbury that they don’t.

At least, that’s the political ad I’d write if I was running against Rattenbury.