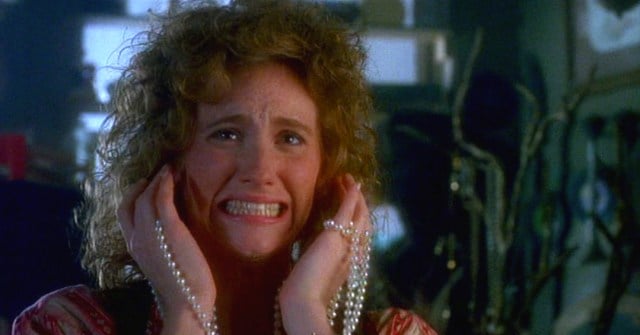 STOP, Ninja Turtles 2. Stop right there. I see you over there trying to make me care about you, and I do not like it. But I do like Judith Hoag.

Not because I think rebooting Ninja Turtles is “ruining my childhood” or anything—the original movie is and forever will be unassailably great—but because I’d prefer to ignore the reboot sequel on the grounds that it probably won’t be any better than the first one, and they’re making it very difficult. Bebop and Rocksteady. Stephen flipping Amell as Casey Jones. Tyler Perry as Baxter Stockman. And now? The original’s April O’Neil, Judith Hoag, will apparently appear in the film as evidenced by pictures of her snapped on-set with new April O’Neil Megan Fox.

So the first April O’Neil is gonna be in the new #NinjaTurtles movie with Megan Fox’s April O’Neil #TMNT2 pic.twitter.com/iqrBXSsrxb

Her role so far is unknown, but based on the full set of images, current speculation is that she’ll be playing April’s boss. As mad as I am that I might actually have reasons to see this movie, it’s nice to see Hoag back in a Turtles film after she was unceremoniously replaced in 1991’s Teenage Mutant Ninja Turtles II—apparently for daring to have opinions. I’m glad she’s finally back, even if it’s a bit too late to save The Secret of the Ooze, and she’s as fond of the franchise as ever:

Oh #NewYork – your pizza! One piece is never enough! Reminds me of a guy I once knew… #wonderwhyi‘meatingpizza? pic.twitter.com/j9U6AHV5hy