This Is Arrow‘s Stephen Amell in Costume as Casey Jones for Ninja Turtles 2. YES.

AKA the best thing about this movie. 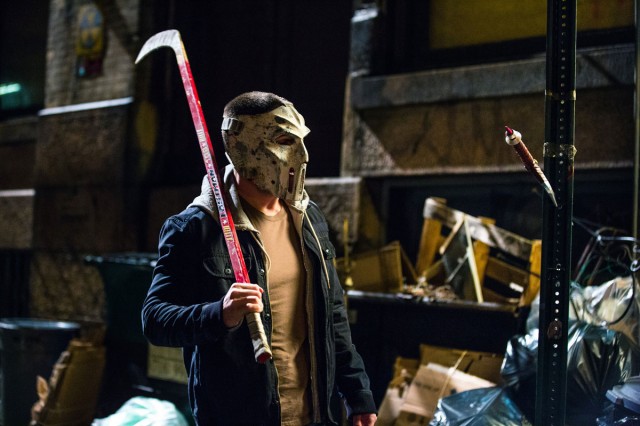 This is a picture of Stephen Amell in costume as sports-enthusiast Casey Jones from the set of Teenage Mutant Ninja Turtles 2—or so we’re told. That mask hides a lot. The image was posted without further comment on producer Michael Bay’s website this morning, and it’s easily the most exciting thing about the movie so far—not a high bar to clear, but still: Arrow‘s Stephen Amell! Casey Jones!

The sequel to the recent Turtles reboot also recently added a brand new Shredder, a Baxter Stockman, and is expected to bring back other characters from the franchise’s long history. Hopefully, Amell and the rest of the new cast/characters can bring some much-needed fan service and fun to the movie.