Ninja Turtles 2 Gets Director, Bebop and Rocksteady | The Mary Sue 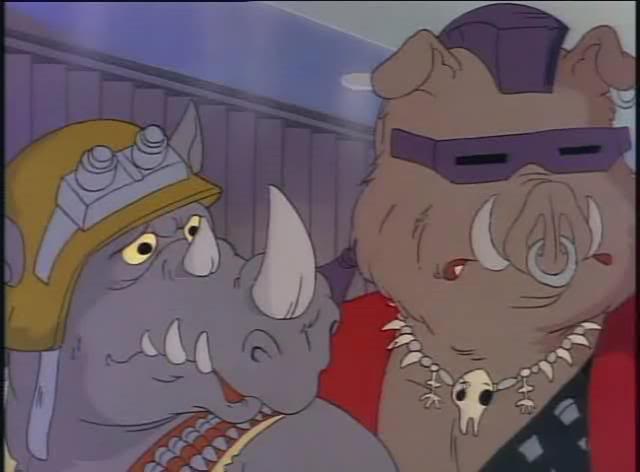 Confession: Despite being a huge Ninja Turtles fan, I have not watched the Ninja Turtles reboot, because people I trust have led me to believe I won’t like it.

You know what would make it really hard not to finally watch it and its sequel? Bebop, Rocksteady, and a certain José Canseco enthusiast, and that’s exactly what Teenage Mutant Ninja Turtles 2 has in store.

The film has been confirmed with new director David Green (Earth to Echo) taking over for Jonathan Liebsman, and while a Casey Jones appearance is still up in the air, Bebop and Rocksteady have been confirmed. Nerdbastards reports that Brad Fuller and Andrew Form, Michael Bay’s producing partners, said, “We can say that Bebop and Rocksteady are in the film, and Casey Jones is a character that we love and we’re trying to fit him in as well.”

As someone who grew up watching the original Turtles cartoon, I don’t think I could live with not seeing a movie that finally tries its hand at Bebop and Rocksteady. And remember that concept art from the reboot that never made it to the screen? And what’s a Ninja Turtles sequel without a pair of goofy-looking evil mutants? Where the first movie had a lot to live up to, it’d be pretty hard for a sequel to do worse than Secret of the Ooze once you take those nostalgia goggles off. Get wrecked, Tokka and Rahzar. I guess I’ve got a Turtles reboot to watch.