Dang, these were designed by students? Now I feel really inadequate about my undergraduate experience. 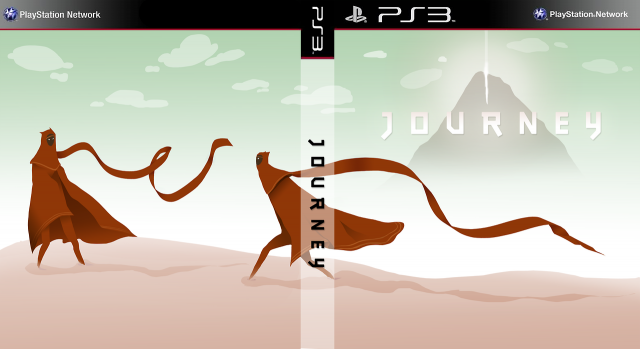 This past year, students looking to earn their Bachelor of Design in Games from RMIT had a difficult assignment handed to them by guest professor and Pachinko Pictures co-director David Surman: To create a new PS3 sleeve for the gorgeous 2012 indie game Journey, developed by thatgamecompany.

The resulting projects do such a fantastic job of communicating the essence and values of the game that Surman compiled them together online for the whole Internet to see. Regardless of whether you’ve played it already, you can’t deny that some of these images are stunning.

More of the students’ work can be found on David Surman’s Tumblr, Communicating Journey. It’s enough to make me want to drop everything and experience the game for myself, even though I don’t actually own a PS3. Maybe I’ll just settle for watching a bunch of playthroughs on YouTube instead.