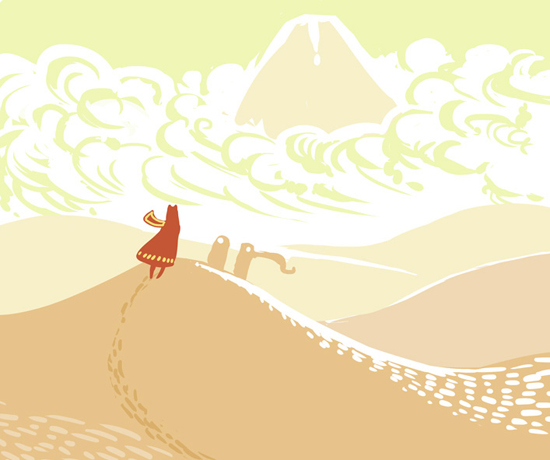 Of all the Grammy nominations that have ever been made, there are few we can say we support wholeheartedly. That’s mostly because the Grammys tend to be a boring affair, full of uninteresting nominations for uninteresting folks. It looks like that’s not the case for the 55th Annual Grammy Awards, though. Of all the nominations, our absolute favorite is hidden within the Best Score Soundtrack For Visual Media category. Composer Austin Wintory, thanks to his soundtrack for the video game Journey, is up for a Grammy.

This particular category puts Wintory up against the likes of Hans Zimmer and John Williams, so while we’re ecstatic to see the nomination, his likelihood of winning is fairly slim. That doesn’t at all mean his work isn’t deserving of the award, but Zimmer and Williams have quite a bit of name recognition and clout.

Journey‘s soundtrack is a beautiful and integral part of the video game. Without spoiling too much, the game doesn’t include any speech or even much noise beyond the instrumental soundtrack and the few tones that players are capable of making through their avatars. In a lot of ways, the soundtrack is the game, so this nomination only provides further proof of Journey‘s excellence.

If you listen to the soundtrack in it’s entirety, we’re pretty sure you’ll agree that Wintory definitely deserves the nomination. If you’ve played the game, you already know.