People Are Saying Joseph Gordon-Levitt Will Be Batman In Justice League, We Shush Them 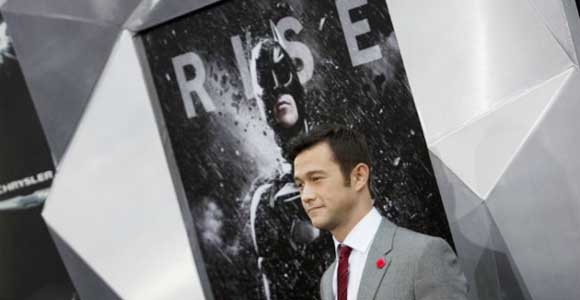 We often pass on stories where “unnamed sources” or “sources close to the production” are the main source of “facts.” Most of the time they turn out to be wrong and we’ve not only wasted our time writing about it but we’ve gotten all of you in a tizzy over nothing. Ourselves included. But we couldn’t let this one pass us by, particularly when you consider our deep love for all things Batman and near-obsessive defense of the character. “Sources” are saying Joseph Gordon-Levitt is absolutely going to play Batman.

Which is why this was our reaction to the news (via): 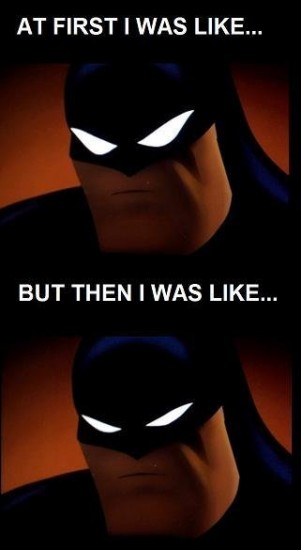 You might want to move along now if you haven’t seen Christopher Nolan’s The Dark Knight Rises.

Let’s start with what was actually reported by HitFix.com. They went on about Nolan’s departure from anything Batman but that he’s producing Zack Snyder’s Man of Steel. We reported yesterday news of Snyder hinting his film would connect to Warner Bros. Justice League project but there’s no definitive news there either.

Now, if you’ve seen The Dark Knight Rises, you know Gordon-Levitt’s character John Blake turns out to be named Robin and ends the film discovering the Batcave. A neat wrap-up to the trilogy without really having to go anywhere with it. But HitFix writes, “According to sources, Joseph Gordon-Levitt absolutely will be appearing in ‘Justice League’ as the new Batman.”

Though they don’t stop there. They claim Gordon-Levitt will put on the cowl before Justice League, which is set for a 2015 release. HitFix writes, “They’re a long way from filming anything ‘Justice League’ related, but they appear to be solidifying deals for Gordon-Levitt and, potentially, at least one other actor from the Nolan films to do… something.”

So far, Warner Bros. superhero films have not intersected and there’s no real signs pointing to a change in that atitude. That doesn’t mean it won’t happen, we, and others, have seen the success of Marvel Entertainment’s plans and wondered if DC characters wouldn’t benefit from the continuity act. But is Gordon-Levitt the place to start? We’re not so sure of anyone other than Bruce Wayne being involved in Justice League, let alone John “Robin” Blake.