Zack Snyder Talks About Superman’s Underwear, Or Lackthereof, In Man of Steel 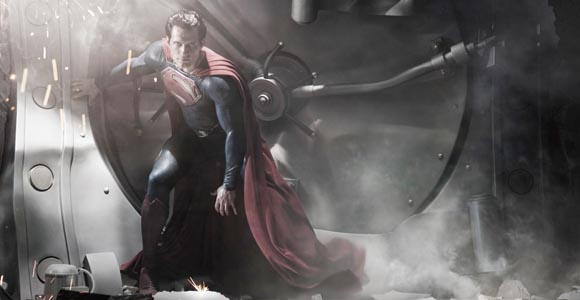 Lots of controversy surrounded the removal of Superman’s trademark red trunks in both the comic book universe and Zack Snyder’s Man of Steel. The director had a few things to say recently about the decision plus a few words on the impending Justice League film.

Snyder spoke with the New York Post, and while mum’s still the word on what the plot of this film will actually be, he did speak to the “underwear” drama.

“The costume was a big deal for me, and we played around for a long time,” said Snyder. “I tried like crazy to keep the red briefs on him. Everyone else said, ‘You can’t have the briefs on him.’ I looked at probably 1,500 versions of the costumes with the briefs on.”

Still no word on exactly why everyone told him he couldn’t use the briefs but theories point to the change in costume in DC Comics New 52 titles. Meanwhile, star Henry Cavill had this to say of the new suit, “You come onto a project like this, and you hear about modernization and you hear about bringing things forward to today, and all you can do is hope that it’s going to look cool and different from anything you’ve seen before and I’m pretty sure it does.”

With Christopher Nolan acting as producer on the project, you can guess they’ll be at least a little Dark Knight flavor. “There’s a logic and concreteness that has to exist with Chris,” said Snyder. “You can’t just do stuff because it’s cool. He demands that there be story and character behind all of it, which I’m a big fan of.”

Snyder is either deluding himself, or knows something we don’t. So far, Warner Bros. hasn’t adhered to the type of continuity we’ve seen in the Marvel superhero projects.

While there hasn’t bee much Man of Steel news as of late, we learned last week Battlestar Galactica’s Tahmoh Penikett will star in a role which could possibly be a well-known Superman villain.