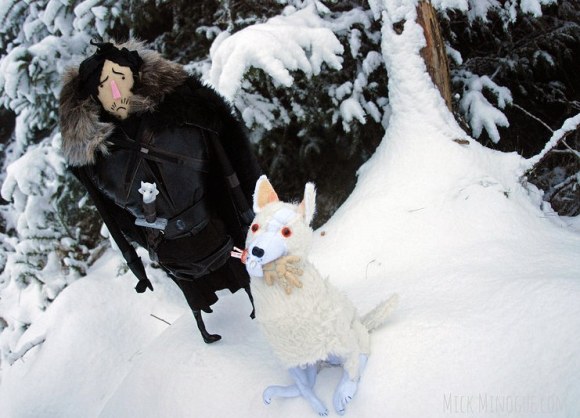 Mick Minogue is a freelance artist who, on occasion, dabbles in plush toys. While his plush croissant is delightful, it’s his Game of Thrones creations we’ve fallen for. Specifically because, if you watch the HBO series, you’ve likely spoken out loud, “If you keep making that face, Jon Snow, it’s going to get stuck that way” at one point or another. No? Just me?Either way, Minogue did an awesome job with Jon, his direwolf Snow, and the prop that is a severed white walker hand.