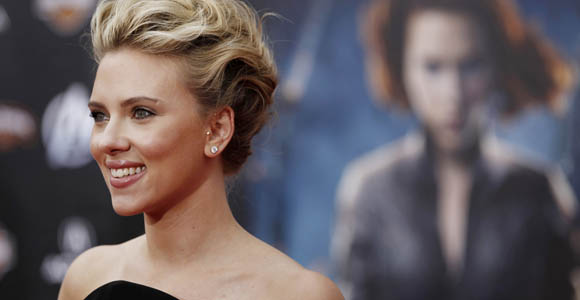 Well all know Joss Whedon’s The Avengers made a boat load of cash. One might even say, a helicarrier of cash. But its stars didn’t walk away empty-handed. Even though many of the big name actors attached to the project have contracts for several films, that doesn’t mean they aren’t eligible for a raise. The one Scarlett Johansson might be getting would make her one the highest paid actress of all-time.

The NY Post cites a published report from Britain’s The Sun – which, bear in mind, is a tabloid – that says Johansson has been offered $20 million dollars for the Avengers sequel. Writes The Post, “The payday would top the standing record for an actress — $19 million reportedly earned by Angelina Jolie for The Tourist.”

There’s just a slight problem with that. A $20 million check for a single film wouldn’t be the record. Several actresses, like Julia Roberts, have exceedied that number, but it would put Johansson in the very top tier along with Reese Witherspoon, Cameron Diaz, Sandra Bullock and Kristen Stewart (who recently topped Forbes recent money-making list). Regardless, this is great news for Johansson.

The Sun’s source said, “Producers think that as the only lead woman in the film male fans have found her a key ingredient — both for sex and story appeal. She is loved by critics too. This says, ‘We value you’. Everyone is confident she’ll sign and be ready for 2013 filming.”

But don’t get to thinking Johansson is getting special treatment. The article also said stars Robert Downey Jr. (who reportedly made $50 million), Chris Hemsworth, and Jeremy Renner were getting a 50% bump in their salaries for Avengers 2.

The most recent tally for The Avengers box office is $1,454,227,884 making it the third biggest film success of all-time. Though it has a chance to go even higher if Marvel re-releases it as has been rumored.

(via Blastr, image via Matt Sayles)