Tackling life one finger at a time 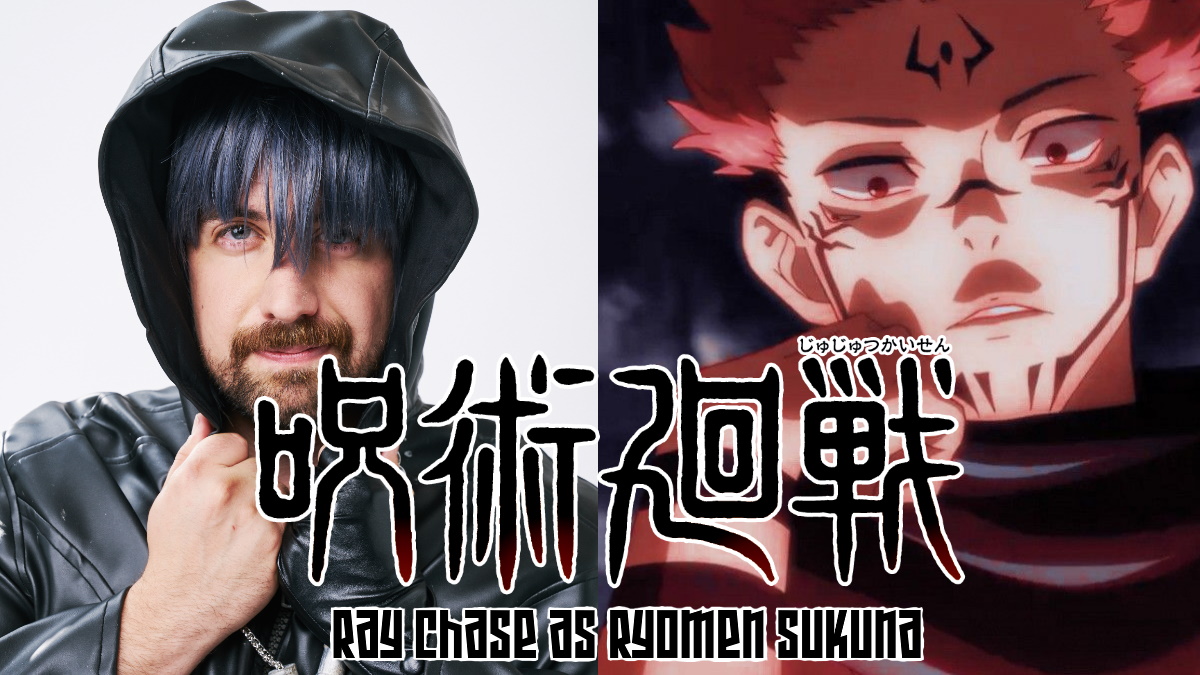 As decreed by the anime council of power, today (and every Friday for the foreseeable future) is Jujutsu Kaisen Friday. To celebrate the continuation of the first season, all the nominations in the Anime Awards, and the fact that the series kicks all sorts of cursed ass, I had a chance to figuratively sit down and chat with some of the voice actors from the dub!

But sadly, this is the last cursed finger that’s left in our interview series. Let’s rip our uniform tops off for dramatic effect.

Before we get to the final interview, be sure to check out the Kaiji Tang (Gojo), Adam McArthur (Yuji), and Anne Yatco (Nobara) interviews. Also, be sure to watch Jujutsu Kaisen over at Crunchyroll.

This week I took a deep breath and boldly approached Ray Chase, the voice of the King of Curses himself, Ryomen Sukuna.

I want to note that I did, in fact, live to tell the tale of having a conversation with someone who smiles while ripping out their own heart (or rather, the heart of the body he’s inhabiting). Ray Chase has an impressive portfolio of roles that range from anime, to video games (such as Noctis from Final Fantasy XV), and Western animation (such as Etrigan from the Justice League Dark animated movies).

When I was a little kid, our dad would tell us silly stories to go to sleep, and he always did tons of crazy voices and bonkers characters. So from an early age, I was imitating him, and playing around with what my voice could do. When I got into acting around middle school, I always came up with interesting voices first! So when it came time to do a career – voice acting was something I had been unintentionally practicing for most of my life!

TMS: Congratulations are in order because I see that Jujutsu Kaisen is up for a couple of awards at Crunchyroll’s Anime Awards, including Sukuna being up for best antagonist! It’s kinda intriguing to watch an antagonist from inside the protagonist, especially one who relishes in his evilness to the point of mistreating the person whose body he’s inhabiting. How did you prepare to take on this kind of villain?

I love that the two characters share a body, and that our voice prints are so different. Sukuna has such a different view of pain, power, life, than Itadori, as he has existed for more than one thousand years. It’s a kind of maturity that allows the villain to mistreat the hero in so many ways, but there seems to be at times not a real menace behind it. Toying with Itadori seems more interesting to Sukuna at times than actually getting things done.  I prepared for the role by watching the series!

TMS: Come on, level with me, would a fully powered Sukuna beat Gojo? That’s up for best fight at Crunchyroll’s Anime Awards, too, and Sukuna didn’t do so hot. Would he actually beat Gojo at his max level?

I think because this is not Gojo’s story, it would be best for Sukuna to beat Gojo, and then that gives Itadori the power to defeat Sukuna, maybe within his own mind palace!

TMS: If you weren’t acting, what would you be doing career-wise right now?

Honestly, I have no idea! I guess I do a lot of producing on the side, so maybe something like that? Maybe I’d just run a dog adoption clinic.

TMS: Why out of all things… guess we have to do this now:

TMS: SUKUNA WOULD AND YOU KNOW IT!

TMS: It’s your day off and you’ve got nothing but time, what are you doing with your day?

Easy – getting caught up on my video game backlog. I’m currently working through Hades, trying to get to 20 heat on every weapon. That’s a time commitment!

TMS: I do a weekly series called “Weekly Anime Round-up” for The Mary Sue where I talk about all the series I’m watching. What’s on your watchlist right now? Any series you’re looking forward to this year?

Right now I’m actually working my way through One Piece. Sungwon Cho recommended it to me a while back and I finally got into it last year. I don’t know if I’ll ever catch up to where it is now but it is a really rewarding show! I also hope that this year we get a confirmation that they’re working on the next JoJo part – it’s been too long a wait!

TMS: Anything you wanna let the Jujutsu Kaisen fans (or fans of you in general) know?

Don’t eat any fingers you find or you might find yourself starring in an anime one day!

Thank you for following along with our Jujutsu Kaisen interview series! We definitely hope to do more anime interviews in the future!