Everyone deserves a good death 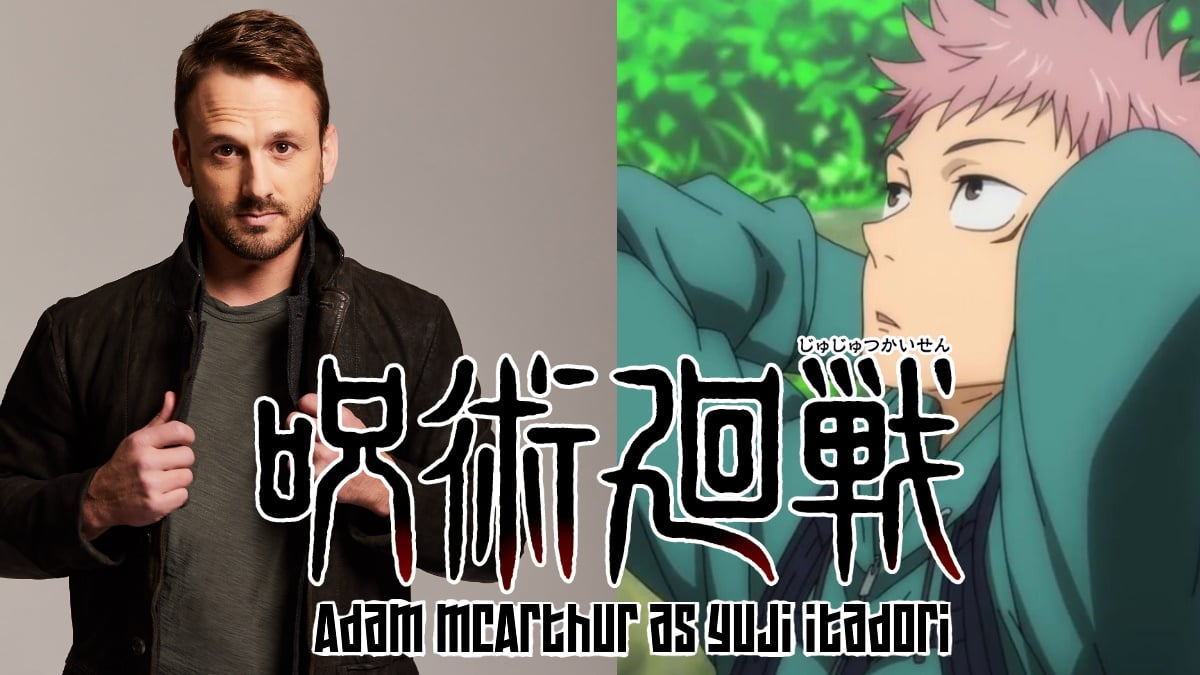 As decreed by the anime council of power, today (and every Friday for the foreseeable future) is Jujutsu Kaisen Friday. To celebrate the continuation of the first season, all the nominations in the upcoming Anime Awards, and the fact that the series kicks all sorts of cursed ass, I had a chance to figuratively sit down and chat with some of the voice actors from the dub!

I’ll be sharing the interviews for the next couple of Fridays. You can watch the series over at Crunchyroll.

Last week I spoke with Kaiji Tang, the voice behind the man with the bluest eyes you ever did see (don’t look at them too long or you’ll be trapped in infinity). This week I got to talk with Adam McArthur, the voice behind the window kicking, curse smashing, pink-haired sunshine boy, Yuji Itadori.

Perhaps best known as the misunderstood bad boy that is Star vs. The Forces of Evil’s Marco Diaz, Adam McArthur has been voice acting in some capacity since he was 16 years old!

With so many years of voice acting, you might be surprised to find out that Jujutsu Kaisen is his first time voicing an anime character! In our interview, he talks about his time in the industry, what it’s like to do voice work in anime, martial arts, and something about stock market trades?

TMS: Yuji Itadori is your first anime VA role. First of all, congratulations on starting off as the lead of a hit series! Compared to your other acting gigs, how does doing voice work for anime differ?

Thank you so much! I’m very very excited to be lending my voice to such a good boy! Let me tell you… anime is a beast! There’s so much range required in the performance within each episode. Plus, JJK goes 0-60 from the moment it starts so it’s definitely been a fun challenge! It’s also been a very different experience because of the pandemic! The first few episodes for me were recorded from my home studio. It was a huge adjustment trying to wear all the hats – actor, engineer, techie, etc. Thankfully I’m now in the studio full time (following all covid safety protocols!) and it’s made things a lot easier.

TMS: What got you into voice acting?

I’ve always wanted to “do cartoons” since I was a kid! I used to watch all the classics and beg my parents to put me in acting classes. When I was 16 I finally got to take my first class. About 3 months later I got my first audition and ended up booking about 30 radio commercials for Macy’s, as the voice of all the “teen boys” in their Macy’s back-to-school ads. I feel so grateful to do what I’ve always dreamed of doing!

TMS: You realize we had to do this after finding out about the Macy’s thing, right? We’re not sorry. 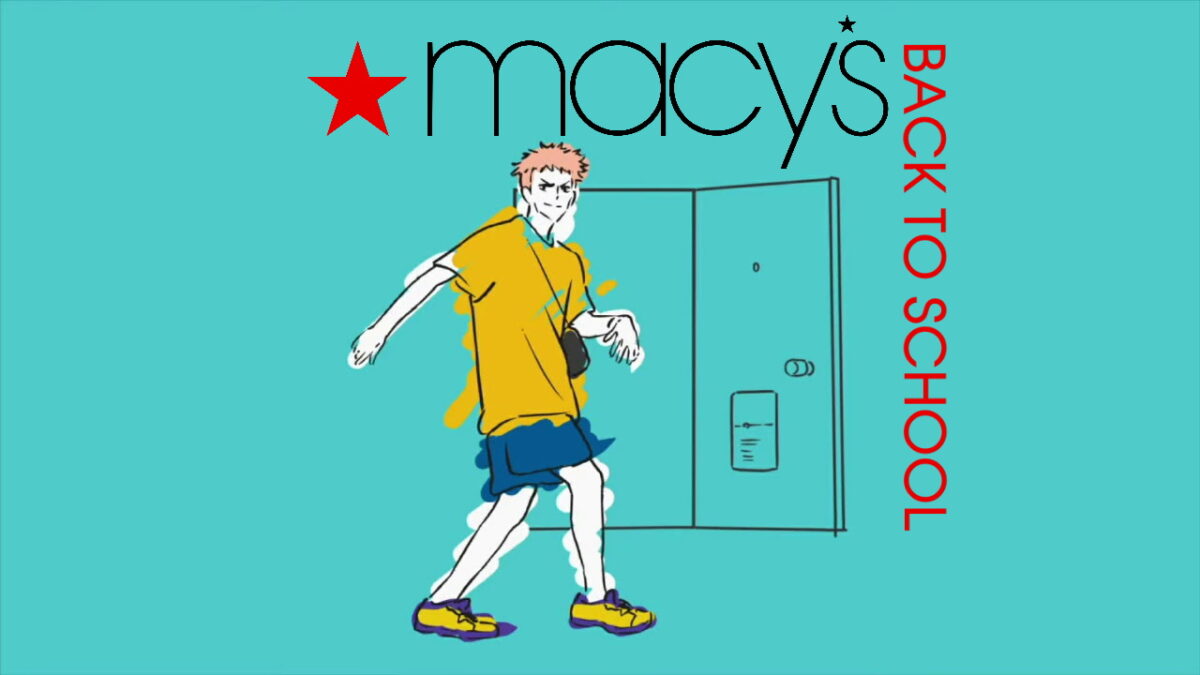 TMS: More congratulations are in order because Jujutsu Kaisen is up for a couple of awards at Crunchyroll’s Anime Awards, including Yuji being up for best protagonist! Yuji’s a pretty interesting character all around, especially with how he approaches the concept of death. The idea that everyone deserves a good death, to the point that he’ll take on something as dangerous as a curse, is an interesting outlook. How did you prepare to portray a character like this? Especially when he begins to struggle with this notion when faced with death himself (when he goes up against the Special Grade)?

Yuji is kind and he genuinely wants to do good. He wants what’s best for people. This is the part that’s so relatable for me. I’ve grown up doing martial arts and my Sifu always instilled in all his students the importance of helping others no matter what. I’ve lived in situations where I’ve had to put myself aside to help others and it’s nice to have that to draw on when I’m in the booth!

TMS: If you weren’t acting, what would you be doing career-wise right now?

Oooh! Great question! I’d either be – a martial arts instructor, a boba shop owner, a day trader in the stock market OR a farmer in Japan.

TMS: It’s your day off and you’ve got nothing but time, what are you doing with your day?

Oh man, I feel like my answer is going to be so skewed because I’ve been stuck in my house for 10 months because of covid. Do I even remember how to have fun? Lol ok let’s see – I’d wake up around 8a or so, make some breakfast, stretch a little, check out my socials, maybe make a trade or two in the stock market. Then I’d get ready to go grab a boba and some lunch, probably tacos, and then come back home to play some video games. Most likely Apex Legends. After that, I’d probably catch up on emails and auditions before making some bomb dinner. BBQ steak anyone? I’d probably conclude the day with a workout before settling in for some good tv.

TMS: We have a weekly series called “Monday Anime Round-up.” What’s on your watchlist right now? Any series you’re looking forward to this year?

TMS: Anything you wanna let the Jujutsu Kaisen fans (or fans of you in general) know?

I’m so grateful for everyone and I’m having so much fun voicing Yuji! Hopefully, when we put the pandemic in our past, we can all hang out at cons again :) I miss everyone! I’m also really excited for what’s to come in this series and am looking forward to going on the ride with everyone!

Be sure to come back next week for another interview!