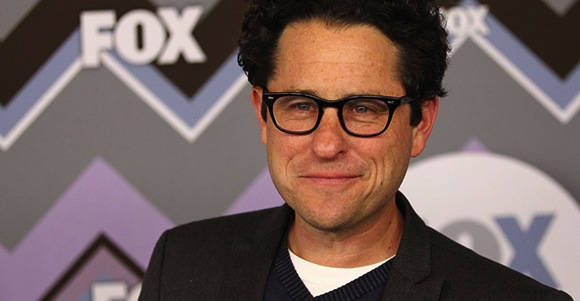 Sorry if you don’t like J.J. Abrams. You must be having a rough time of it right now.

First things first, the rumor that he’s directing Star Wars: Episode VII is no longer a rumor: Disney has confirmed it.

In a press release sent out by the Mouse House, LucasFilm President Kathleen Kennedy sung her praises of Abrams, saying:

“It’s very exciting to have J.J. aboard leading the charge as we set off to make a new Star Wars movie. J.J. is the perfect director to helm this. Beyond having such great instincts as a filmmaker, he has an intuitive understanding of this franchise. He understands the essence of the Star Wars experience, and will bring that talent to create an unforgettable motion picture.”

George Lucas got in on the action as well, saying

“I’ve consistently been impressed with J.J. as a filmmaker and storyteller. He’s an ideal choice to direct the new Star Wars film and the legacy couldn’t be in better hands.”

Well as long as the legacy’s not in your hands anymore, George.

Abrams got his fanboy on as well, saying that being chosen to direct “is an absoute honor. I may be even more grateful to George Lucas now than I was as a kid.”

But what about Star Trek, you may be thinking? (I refuse to refer to it as “J.J. Abrams’ other sci-fi franchise.” I won’t do it.) Paramount Pictures’ Vice Chairman Rob Moore told the LA Times that, even though Abrams is defecting to a Galaxy Far, Far Away (OK, he didn’t say that, but I like to imagine there’s some grumbling over at Paramount HQ at the moment), he would still be “committed a produce another Star Trek” and develop new projects, including another Mission: Impossible film.

In the very same interview where he said he wouldn’t be directing Star Wars Abrams noted that he was under contract for three Star Trek films… I assumed that he was under contract to direct, not produce, but he didn’t say that, so maybe he’ll only be producing the follow-up to Star Trek Into Darkness. Or maybe he’ll somehow (cloning himself?) find the time to direct it after doing Star Wars. My brain just melted.

And finally, getting outside the realm of the Stars, Deadline is reporting that two TV shows Abrams has been developing with his production company Bad Robot have gotten a pilot order.

The first, developed by Abrams and Fringe showrunner J.H. Wyman, is an untitled sci-fi drama “described as an action-packed buddy cop show, set in the near future, when all LAPD officers are partnered with highly evolved human-like androids.” Robot cops, people. Robot cops.

Fox has that show, while Abrams’ second TV endeavor has been greenlit by NBC. That show, titled Believe, is about “is about the unlikely relationship between a girl in possession of a great gift/powers — which will come into their own in seven years — and the man who is sprung from prison to protect her from those trying to hunt her down.” Sounds awesome. And if you don’t like Abrams, take heart: He’s only executive producing it. It’s being directed and co-written by someone who, in my view anyway, is a much better filmmaker: Alfonso Cuarón, whose directing credits include Children of Men, Y Tu Mamá También, and Harry Potter and the Prisoner of Azkaban, a.k.a. the only Harry Potter film that was actually good. (Yeah, I said it. Come at me.)

Does it make me a bad Star Wars fan that of all these Abrams-related projects I’m looking forward to that last one the most? Alfonso Cuarón! A girl with superpowers! Alfonso Cuarón! High-concept sci-fi! Alfonso freaking Cuarón!

Granted, Abrams’ responsibilities on the two TV shows won’t be so hands-on. I’m guessing that, seeing as his plate is kinda full right now, he won’t be involved in much of the day-to-day stuff on either show. But still. Abrams. Guillermo del Toro called. He told you to try and take it easy.