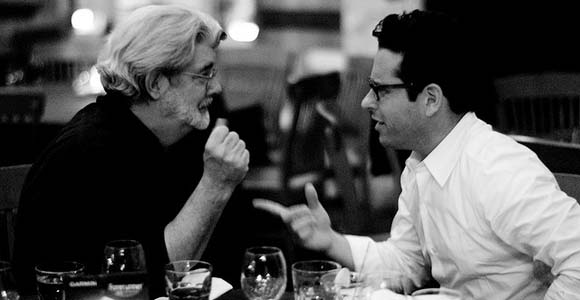 If you were happy about that particular declaration, I’m sorry, but it looks like Abrams has changed his mind. In case you don’t remember, his exact words just a month ago were:

There were the very early conversations and I quickly said that because of my loyalty to Star Trek, and also just being a fan, I wouldn’t even want to be involved in the next version of those things. I declined any involvement very early on. I’d rather be in the audience not knowing what was coming, rather than being involved in the minutiae of making them.

So what changed? Well, we don’t know because neither Disney, LucasFilm, or Abrams has made a statement. It was The Wrap who broke the story last night saying “an individual with knowledge of the production” told them Abrams is the guy.

These type of anonymously sources stories aren’t unusual for the business but considering we had one saying Zack Snyder was involved with Star Wars only to have it refuted by his people the next day, we were skeptical on the Abrams news. But since The Wrap posted the story last night, major Hollywood news sources like Variety and Deadline, plus the New York Times, have said the news is true. The Wrap also said Ben Affleck, at one time rumored to be involved in Warner Bros. Justice League film, was also a contender for the job.

Abrams’ Star Trek Into Darkness hits theaters May 18 and while many assumed he’d look ahead toward a third installment, he’s never looked too far ahead.

Cue jokes on Abrams taking over Stargate, Starman, and everything else beginning with Star. And the complaints that he’s going to ruin the franchise. Etc., etc., etc.

I’m just hoping for a good film and perhaps the Bad Robot making a cameo appearance as a droid.