Jimmy Wales Out at Wikipedia Over Pornography Controversy? (Update) 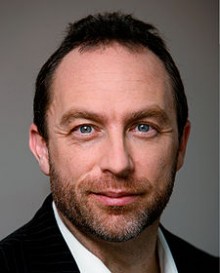 Last month, Wikimedia co-founder Larry Sanger drew national attention when he sent an open letter to the FBI accusing Wikimedia Commons of distributing child pornography. If a recent FoxNews.com report is to be believed, the controversy within the Wikipedia community that ensued has led Jimmy Wales, the chairman of the Wikimedia Foundation and the co-founder of Wikipedia and Wikia, to relinquish his top-level administrative powers, leaving Wikipedia in “chaos.”

Contrary to followup reports from some outlets, there’s no indication that Wales has resigned from any of his posts, but his stepping down from his administrative role could still have significant ramifications:

According to insider sources and publicly available internal listserve discussions, Wikimedia editors have rebelled in the last week against Wales’ attempts to remove pornographic images from the nonprofit’s websites. Those images have been the subject of heated discussion within the community since their existence was revealed exclusively by FoxNews.com on April 27.

After much pressure from within the Wikipedia community, co-founder Jimmy Wales has relinquished his top-level control over the encyclopedia’s content, as well as all of its parent company’s projects.

Though he remains the president of the Wikimedia Foundation, Wales is no longer able to delete files, remove administrators, assign projects or edit any content, sources say. Essentially, they say, he has gone from having free reign over the content and people involved in the websites to having the same capabilities of a low-level administrator.

It’s worth noting that the relationship between the two is historically complicated: In 2007, changes to some Wikipedia entries — including that of Fox critic (and now-Senator) Al Franken — were traced back to a Fox News IP address. It’s hard not to detect a note of glee in FoxNews.com’s series of reports on the “thousands” of allegedly pornographic images on Wikimedia websites. “Images tagged for deletion — though some were still viewable Friday afternoon — include pictures of men, women and young girls involved in a range of sex acts with each other and, in some cases, with animals.” At that, the brunt of FoxNews.com’s reporting has yet to be refuted — or even addressed by Wikimedia officials or Wales himself — and if true, this is a major get.

Wales defended his unilateral removal of content by writing that “We were about to be smeared in all media as hosting hardcore pornography and doing nothing about it. Now, the correct storyline is that we are cleaning up. I’m proud to have made sure that storyline broke the way it did, and I’m sorry I had to step on some toes to make it happen.”

Update: The Wikimedia Foundation has posted the following update on their blog, which we’ve reproduced in full below.

Late last week Fox News ran a news story about Wikimedia projects, focussing on Jimmy Wales, which included quite a bit of false information. We would like to clarify some of those details:

Last weekend Jimmy voluntarily relinquished some technical user-account privileges he has historically held, but that in no way affects his official status with Wikimedia, nor his editorial position. It was false to claim that Jimmy ever held final editorial control on our projects — his decision to change the technical details of his user account should not be interpreted as changes to his status in general. Jimmy is actively engaged in discussions with other Wikimedia editors about sexually-explicit materials on Wikimedia Commons: discussions like that are part of his normal role, and are part of the normal work of being an active volunteer. He is a thought leader in the Wikimedia projects, and although the discussions over the past week have been unusually intense, we don’t consider them problematic. Discussion is how Wikimedians work through policy development and policy interpretation: active argument and debate are normal for us — they are how we do our work. The Wikimedia Foundation is grateful for Jimmy’s involvement, and we’re glad he continues to be an important part of the Wikimedia movement.

tl;dr yes, Jimmy Wales relinquished some of his editorial powers, but Wikimedia says that Fox made several factual mistakes and was sensationalistic in their presentation of what happened.