What Jimmy Kimmel Misses in the Discussion Around Louis C.K.’s Place in Comedy 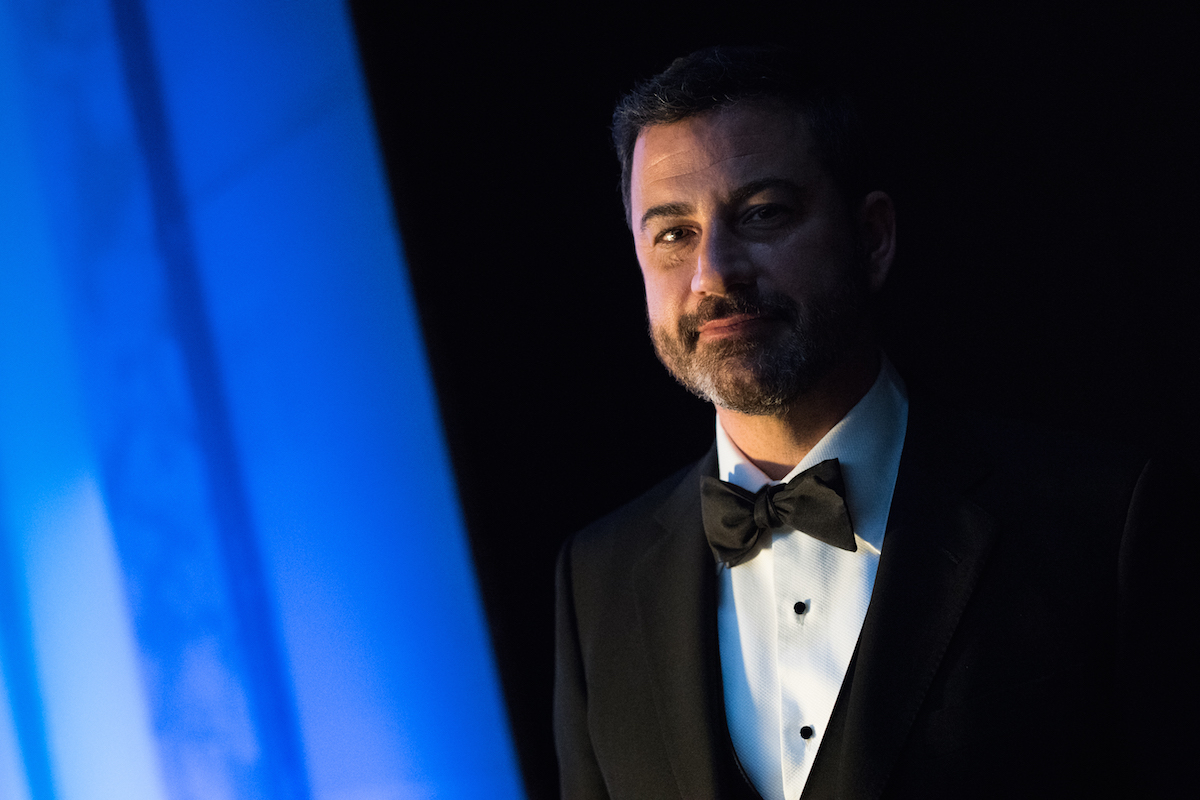 Over the weekend, Louis C.K. returned to his stomping ground of New York’s Comedy Cellar for another surprise drop-in set. It was barely a month since his previous drop-in at the venue, and just shy of 11 months since he admitted to multiple instances of sexual misconduct towards female comedians.

Following his appearance in late August, the Comedy Cellar’s owner, Noam Dworman announced he would be implementing a “swim at your own risk” policy. (Indeed, that slogan is now printed on tickets, along with the message, “We never know who is going to pop in. If an unannounced appearance is not your cup of tea, you are free to leave (unobtrusively please) no questions asked, your check on the house.”)

Jimmy Kimmel is opening up a comedy venue in Las Vegas, and in a recent interview with The Hollywood Reporter, he was asked about what’s been happening at the Comedy Cellar and how he anticipates dealing with those issues. “At your club,” he’s asked, “how are you going to approach who comes through and how they’re vetted, if they need to be vetted, and revealed to audiences?”

He responded by saying, “If we get into the business of sanitizing every comedian and doing a thorough background check before they walk through the door, it’s going to be a very empty stage. (Laughs.) I think people tend to focus on the one or two people who walk out of a situation like that. Ultimately, the audience decides whether someone is welcomed back.”

A lot of people took issue with Dworman for placing the burden of avoiding watching an admitted sexual predator on the audience members, especially when he’s done nothing to make sure audiences feel safe in showing their discomfort. One female audience member in C.K.’s August audience said the show had “the kind of vibe that doesn’t allow for a dissenting voice.” Printing words on a ticket doesn’t change that.

The THR interviewer, Lacey Rose, then asked Kimmel, “Sure, but you talk about curating your lineup — will you give thought to that curation with regard to having more female comics, for instance?”

This is one of the most pervasive arguments against actively working to diversify any given group. The misunderstanding is the idea that proponents of diversity are calling for tokenism. That we want any woman/POC/etc included. In reality, the goal is to remove the barriers that have long kept those marginalized groups from having the same access to these sorts of opportunities. To call comedy a democracy, or a meritocracy, as Kimmel is doing, is to deny those barriers even exist.

I think a lot of us hoped Kimmel–who has recently found himself at the center of so many political debates, taking on Republican and conservative oppression–was better than that. But maybe he isn’t.

NPR’s Linda Holmes had an excellent thread breaking down what Kimmel gets wrong here.

First of all, it’s incredibly naive at this point to believe in absolute meritocracy in any endeavor, but to blow off the influences of any kind of discrimination in comedy is ludicrous.

Second of all: Right in this same piece, they’re talking about CK being given a spot on stage. A spot many people would kill for. Giving him that spot is a specific choice made by a specific person or people. That doesn’t just *happen*.

She goes on to say:

There are people who would give him that spot — people who think his comedy is funny — and people who don’t. The idea that it’s like the hot air balloon in The Good Place and you walk near a stage and it turns red or green? That’s fake.

As for that idea of tokenism vs. active inclusivity, Holmes nails it.

The reason you have to be aware of whether your shows are inclusive is not because women otherwise aren’t good enough. It’s because you, as a curator, have antennae that are naturally more likely to hear some voices than others. That’s true, in my opinion, of basically everyone.

In my own life, I think of it like turning up the levels on your microphone, not because other people aren’t speaking at the same volume, but because *you don’t hear all frequencies well*. You have to make a specific effort to hear across a spectrum.

I am much more likely to *naturally notice* things that vibrate on a frequency that thrums in my head, but as a curator, I can’t confuse that with quality or meritocracy. So if you don’t notice gender, if you “don’t see color” with comics? You’ll perpetuate your own limits.

Separately, the incredible Paul F. Tompkins also addressed what Kimmel gets wrong, starting with coining (I think?) the term “frontground check,” as in, listening to what people openly tell you about themselves.

What about frontground check where the guy says “Yeah I did that stuff that people said” and what if the comedians made even some tiny attempt to sanitize themselves instead of pretending nothing happened https://t.co/KOcrkpCo5A

From there, Tompkins engaged directly with a follower asking why club owners need to be responsible for vetting comedians, and calling the audience complicit. Again, the idea that club owners have no duty but to put “good comedy” onstage is ridiculous. They are business owners and anyone in that position has a whole heap of responsibilities. It’s just naive to pretend like “keeping men who have exposed themselves to female comedians off the stage” couldn’t possibly be one of them.

Drop-in sets don’t make everyone “complicit” and it unfair to put the burden on audiences to walk out if someone they don’t like shows up unannounced.

He already could be doing that and that doesn’t address my point.

You’re saying if a third of the crowd doesn’t get up and leave, they approve of what’s going on? You know very little about the dynamics of crowds.

Because of basic human decency, I guess, but I don’t know what to tell you about that if it’s not already on your radar.

In short, I guess the news here is that yet another white male comedian (Kimmel) is dedicated to not investigating his role in the gender discrimination and sexual harassment & abuse rampant in his industry. Stop the presses, what a story.

It’s Friday, though, so here’s a good, nice, thing to leave you with: Tompkins singing “You’ll Be Back” from Hamilton.