Louis C.K.’s Return to Comedy Is Proof That Men Don’t Get Punished 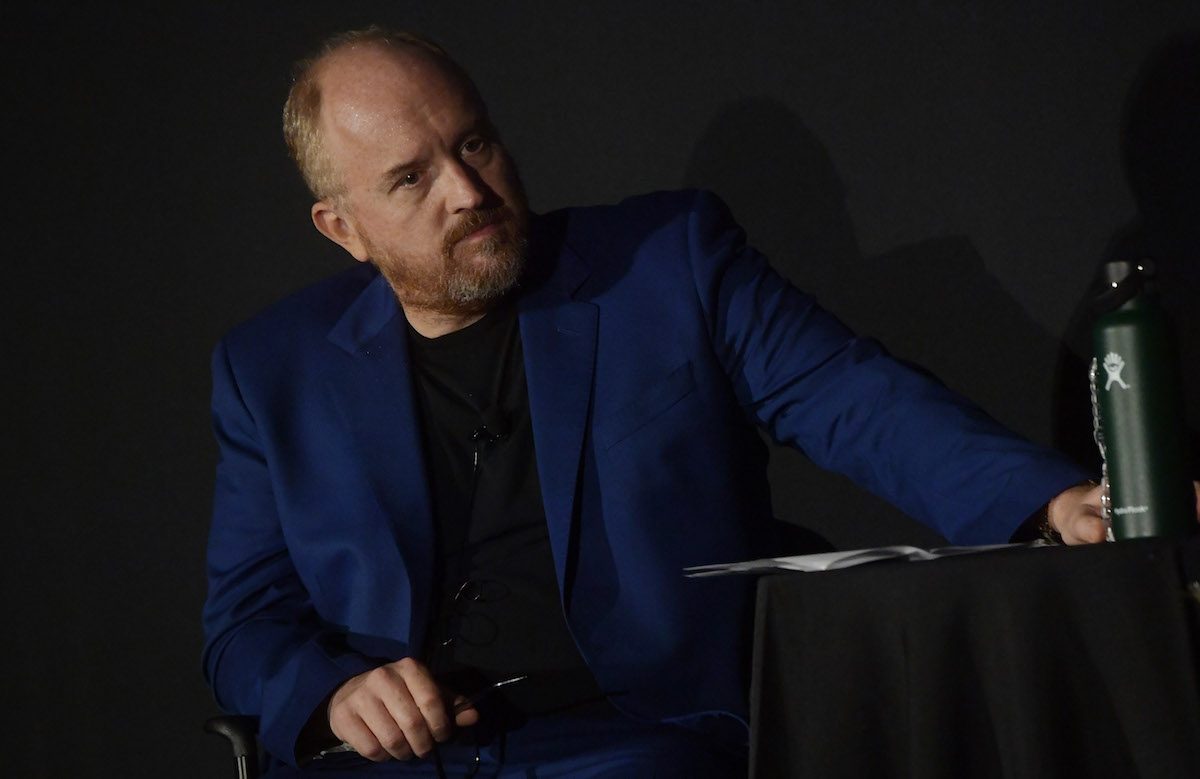 Last night, as reported by Variety, Louis C.K. made his return to standup comedy. The comedian performed as a surprise guest at the Comedy Cellar on Sunday night; his material was described as “typical” by a guest. It was a short, fifteen-minute set that garnered an ovation when he walked out on stage. So far, only one guest has lodged a minor complaint, mostly because they wanted to know that C.K. was a guest in advance so they could decide if they wanted to see him or not.

Last year, five women accused C.K. of sexual harassment and inappropriate behavior, which CK admitted to in a statement. As a result, his film I Love You, Daddy was shelved, and his deal with FX was terminated. However, it would appear that he’s making a return to the comedy world despite the fact that his existence in those spaces is a workplace hazard and a potential threat to women.

But hey, he’s a white man who is irreverent, so he’s got to get that second chance, right?

Twitter, naturally, had some excellent responses, especially to men who felt the need to say that C.K.’s comeback was a positive:

The answer to “but how long should [insert male celeb who sexually assaulted multiple women] have to wait before he gets his career back?”

UNTIL EVERY WOMAN WHOSE CAREER HE RUINED TO KEEP HIS ASSAULTS SECRET GETS HERS BACK, plus the # of years she had to wait.

So, you want to attempt a comeback 9 months after admitting to committing sexual assault. pic.twitter.com/Y7akegxldL

Louis CK being “banished” from stand-up comedy wasn’t some kind of petty punishment, it was a fucking workplace safety issue.

This is the frustrating part of the current socio-political movement. These men, including men like C.K., who actually admitted that they did what they were accused of, go away for a few months and then make a triumphant return that is hailed as a win for justice and redemption by other men. There is so much handwringing over whether or not the #MeToo movement will ruin innocent men’s careers when men who openly admit to sexually harassing women are given a slap on the wrist and a standing ovation.

This is a troubling trend and should be the next step of the #MeToo movement. It’s not enough to call out bad behavior; people need to suffer consequences for it, because too often, the accuser’s livelihood is threatened more so than the perpetrator. That is something that has to change so stories like this don’t occur at such alarming frequency. Let’s see some meaningful change and stop allowing abusive men the chance to do more harm.