Louis C.K.’s “Comeback” Wasn’t the Slam Dunk We Were Told It Was 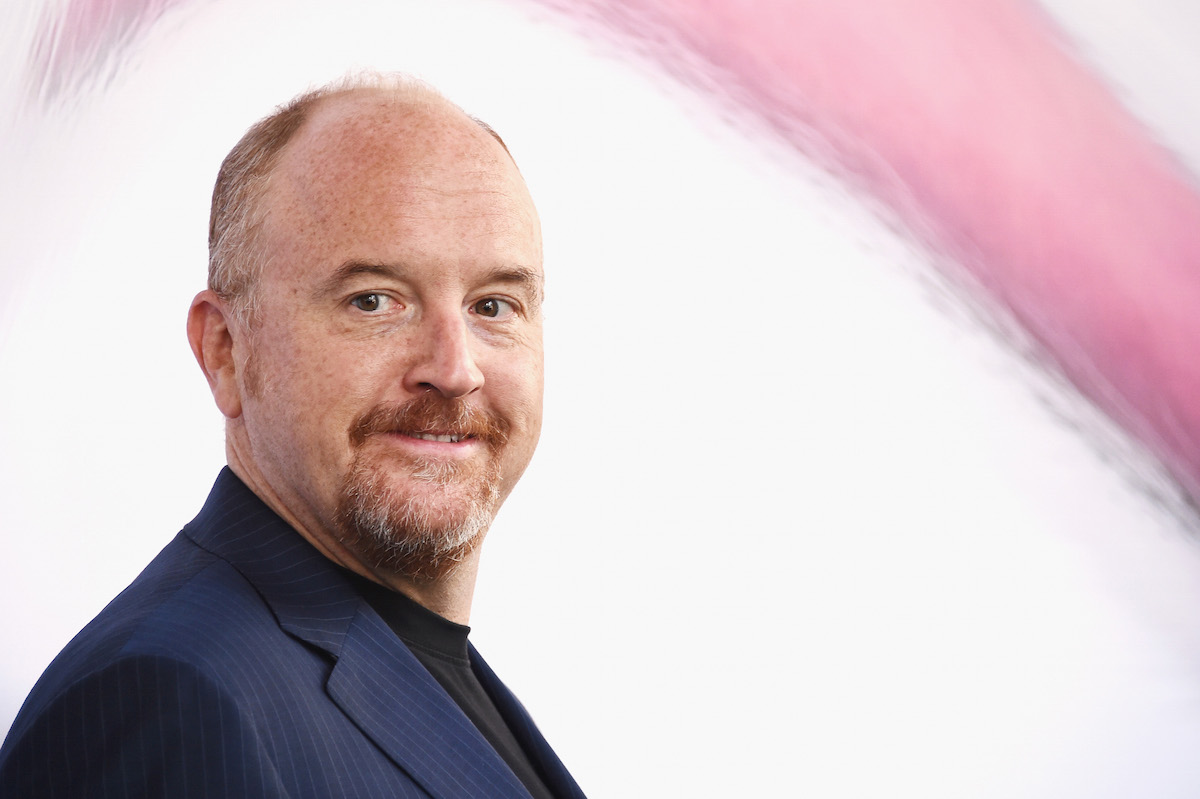 Dworman said he only received one complaint from a customer who wished he’d known that C.K. was coming so that he could have decided whether or not to attend, and multiple emails from guests who were happy with the show. Ultimately, it was viewed by most as a victory for C.K., the first step in a comeback people had already been anticipating for months. Dworman called it a “historic event.”

A few days later, though, Vulture painted a different picture of the audience’s reaction by–get this–thinking to talk to some women who were in attendance. According to them, there was a pretty stark divide in how the men in the audience and the women received C.K.’s set. “There were at least four to five females that I could see, and three or four of them were not having it. They were just looking at him, deadpan, straight, not having it,” one woman said.

Another pointed out that the lineup that night was already entirely made up of men, and how the atmosphere of the room didn’t allow for vocal criticism. “If someone had heckled him, I think they would’ve been heckled out. It felt like there were a lot of aggressive men in the audience and very quiet women. It’s the kind of vibe that doesn’t allow for a dissenting voice. You’re just expected to be a good audience member. You’re considered a bad sport if you speak out.”

The women also described the content of the set, and how C.K. not only failed to address any of the sexual misconduct issues, but he threw in a rape joke (something about the phrase “clean as a whistle” and rape whistles). The women say that the applause he received when he was announced was much louder than when he finished.

Now, HuffPost has talked to a number of female comedians and club waitresses who were present for C.K.’s set, as well as to Dworman again. The women’s feelings about the night are not definitively negative, but they are more nuanced than the initial declaration that C.K.’s return was a hands-down victory. Of the five women HuffPost spoke to, none were “fazed” by C.K.’s presence, and only one said she felt unsafe or disagreed with the decision to let him perform.

A black female comedian named Joyelle (she asked HuffPost not to use her full name, because women who speak openly about these things really do still fear repercussions in their personal lives and their careers) described a “subtle discomfort” in the room, which she says she’s spoken to Dworman about before. “I’ve said this to Noam,” she said, “as a black woman, I don’t always necessarily feel comfortable in the space because it’s dominated by white men. Now, there seems to be a white man who has been accepted after he’s an admitted sexual predator.”

“I think, honestly, it is OK for [Louis C.K.] to continue his career and his art, but the public has their right to have a backlash from it,” she said. “I honestly feel that way because so many men here are arguing that what [Louis C.K.] did wasn’t that bad. And I’m like, A, would you want him to do it to you? B, would you want him to do it to somebody you loved? And C, he just doesn’t seem to care about what he did.”

In his initial interview with The Hollywood Reporter, Dworman said that “this is a dark period for discourse in this country,” but what women are saying, and what still isn’t being heard by many, is that we just want to be a part of the discourse. Women—not even the women personally abused by C.K.—didn’t have a say in whether it was “time” for him to return to comedy. Women didn’t have a say in relaying how that return was received.

As one of the audience members who spoke to Vulture explained, “You hear this big, loud guy sitting next to you, yelling, ‘Oh, it’s so great to have you back, Louis,’ and people cheering and giving him a standing ovation,” she said. “Our voice is definitely not going to be prioritized in that space. [Dworman] says we can’t [have a discourse] properly. How do you think the women in that room felt? It’s just really frustrating.” Dissent is not a threat to discourse.

Dworman told HuffPost that he is “very upset” with C.K. for choosing his club for his comeback because he has to deal with the fallout. “I’m very upset with him because my life has been substantially affected and his life has not, and I’m not sure he’s aware of it,” he said. Obviously, Dworman is going to be concerned with how C.K.’s acts affect him and his business, but he’s also shown total disregard for the comedian’s victims and the feelings of other women on the matter, from victim blaming to his new plan of basically just letting this whole sexual-predators-on-the-payroll thing sort itself out.

His new club policy, he says, is “Essentially ‘swim at your own risk.’ We don’t know who may pop in that’s not on the lineup. If someone does come in that you don’t want to see, you are free to leave, no questions asked and check completely on the house.” Audience members, also, “can get up and leave” if he or another comedian they don’t want to watch takes the stage.

“What the Me Too movement needs to accomplish, if I can be so bold,” he said, “they need to break through the reluctance that women have to come forward.”

I get that Dworman doesn’t know how to handle this new era of women speaking out about abuse and injustice after decades of that not being the case in his business, but he’s saying that women speaking out is bad for “the discourse” while simultaneously saying it’s up to women to fix the problems in this industry as well as at his own club, and that the only solution is to leave, and give these predators free rein.

The women who were present at Dworman’s club when C.K. was there don’t describe the sort of triumph his set initially sounded like. They also don’t express the sort of blanket outrage many men seem to kneejerk expect when women start talking about sexual abuse. All they want is to be a part of the conversation, maybe even guide the conversation for once, without being abandoned by men with power to enact change (like Dworman), blacklisted from their industry, or accused of ruining society’s discourse.