Jessica Williams Won’t Host The Daily Show, But Pledges to “Troll That Ass For Years” 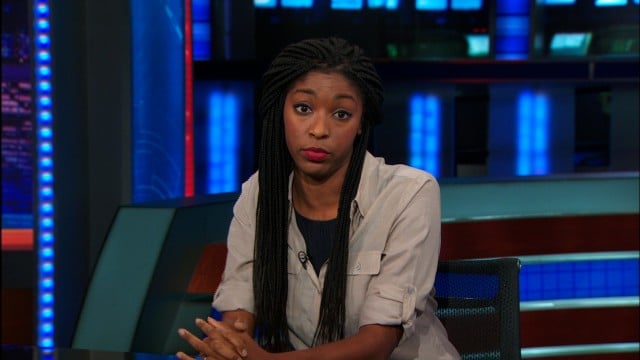 When Jon Stewart announced last week that he’ll soon be abdicating his throne after spending nearly two decades at Comedy Central, we were optimistic that Jessica Williams and her essential brand of feminized atmosphere might take up residence behind the Daily Show desk. But although #JessicaWilliams4TheDailyShow definitely caught the 25-year-old’s attention, Williams explained to fans via Twitter earlier today that she doesn’t see the hosting job in her future anytime soon:

Fact 1: I’m not hosting. Thank you but I am extremely under-qualified for the job!

At this age (25) if something happens politically that I don’t agree with, I need to go to my room & like not come out for, like, 7 days.

That being said I am super not right for it, but there are quite a few people who are! Can’t wait to stick around & see what happens.

Fact 2: These are not dreads. They’re marley twists. The fuck?!

thanks to everyone tweetin at me like. Haha but I’m not like, dead.This is the beginning of my career. I’m gonna troll that ass for yrs.

As much as I’d love to see Williams host The Daily Show (or take over a leadership position on any late-night talk show, considering the genre’s notorious straight-white-maleness), I’m also excited to see where her career goes now that she’ll be less constrained by a correspondence gig. (Uproxx points out that, in addition to starring in the new film People, Places, Things, Williams also began receiving “a ton” of offers after her Daily Show debut.)

So if not The Internet’s Darling, then who? What hilarious ladies (or hey, anyone that’s not a cis straight white man) would you like to see behind The Daily Show desk?