Everything is Awful, Jon Stewart Exiting The Daily Show

End of an era. 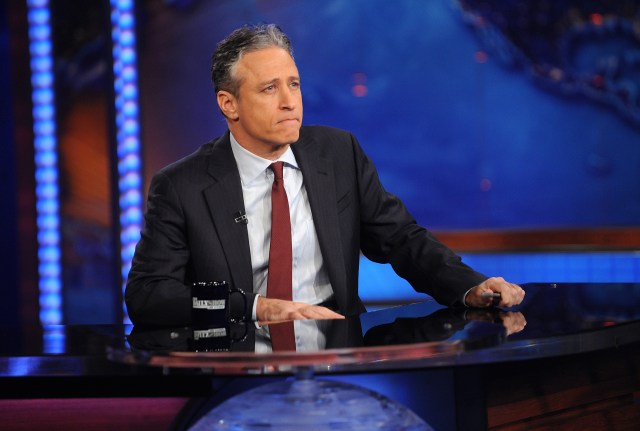 For the better part of the last two decades, I have had the incredible honor and privilege of working with Jon Stewart. His comedic brilliance is second to none. Jon has been at the heart of Comedy Central, championing and nurturing the best talent in the industry, in front of and behind the camera. Through his unique voice and vision, ‘The Daily Show’ has become a cultural touchstone for millions of fans and an unparalleled platform for political comedy that will endure for years to come. Jon will remain at the helm of ‘The Daily Show’ until later this year. He is a comic genius, generous with his time and talent, and will always be a part of the Comedy Central family.

Yes, after speaking of the possibility last year and a few months shy of a year since we found out fellow late night news comedy host Colbert would be leaving his spot for The Late Show on CBS, Stewart is saying so long. But I guess you should tune in tonight:

Tonight! For once, you wanna stay through the interview.

No word on replacements, if any. We nominate Jessica Williams. Now let us GIF this whole thing off…