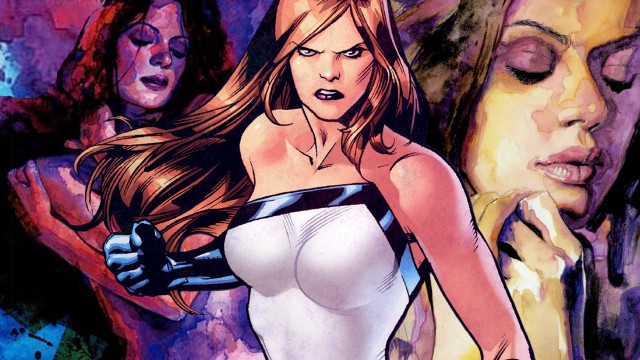 It’s not confirmed yet, but if it turns out to be true, I suspect there are a lot of you who are not going to be happy about this development. Spoilers for Jessica Jones’ origin story and possibly for her television series, plus a trigger warning for sexual violence.

Yesterday a series of auditions for the upcoming Netflix and Marvel collaboration, Jessica Jones, were released into the Internet via Vimeo. They were, of course, immediately removed from the service, but not before a bunch of comic book and movie websites saw them and decided that they’d all deciphered the scenes, in which Megan Ohry reading for “Julia” (obviously Jessica) is talking to “Tracey” (maybe Luke Cage?) about an evil man from her past named “Kincade,” who later appears in another scene played by Nick Court where he attempts to manipulate her.

A guy with a K-sounding name trying to make Jessica Jones do stuff she doesn’t want to? Well, crap. We can guess what that means. 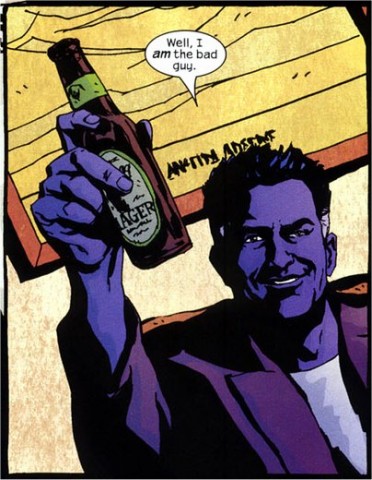 In the comics, Zebidiah Killgrave was a Yugoslavian spy who was doused with a chemical that, in addition to making him look like Violet Beauregard’s deadbeat dad, also gave him the power to control anyone’s will. Originally a villain in the Daredevil comics, he refers to himself  as The Purple Man, and while he was kind of a doofy third-rate villain to begin with, eventually Marvel decided to make him a lot grittier and darker… by giving him a penchant for rape. Oh. Yaaaay.

The news of his possible inclusion into the Marvel Cinematic Universe probably doesn’t come as a complete surprise to fans of Jessica Jones, as The Purple Man heavily factored into her decision to quit the superhero business and become a private investigator, according to “The Secret Origin of Jessica Jones” arc from the comic Alias. When she was still known as “Jewel,” he used his powers to hold her captive for eight months, and while she herself was never sexually assaulted, he often raped other women to psychologically torture her as part of his revenge against Daredevil. Eventually she was made to attack the Avengers and ended up in a coma, only recovering with Jean Grey’s help and months of physical rehabilitation.

Now, it’s possible that if the team writing Jessica Jones really is bringing in The Purple Man, they won’t go that far with their own portrayal of Jessica’s past. But if they do, it would definitely be pretty upsetting to a lot of modern Marvel fans to see MCU’s first female superhero in her own solo vehicle (Peggy Carter is awesome as heck, but let’s face it, she doesn’t have powers) get subjected to all kinds of sexual violence and abuse as part of her origin story, especially given how pervasive the “I got assaulted and now I want revenge” trope is for female action movie characters. At the same time, Brian Michael Bendis is widely praised for his nuanced and believable portrayal of Jessica despite how upsetting this storyline seems on its face. Heck, some people even consider it a feminist narrative because of the way Jessica is supported by her fellow female heroes.

Regardless, if this is what we can expect from the Jessica Jones, then it’s up to the show’s writers to make sure they tell whatever story they’re planning to tell the right way, without victimizing Jessica further or using her pain for cheap shock value. There is a place in our culture for stories of abuse and healing, but they need to be respectful of both the character experiencing the abuse, and of the real-life survivors who might be watching.