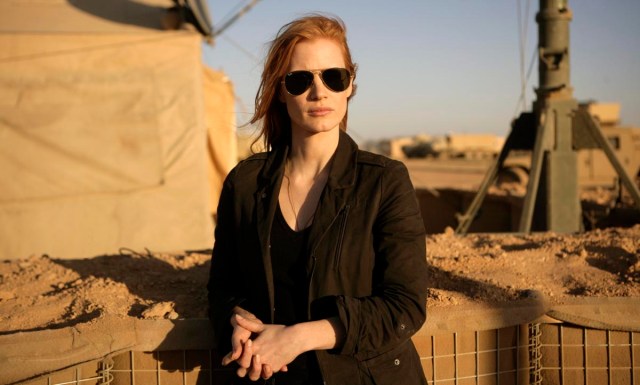 “I don’t understand it, why is it taking so long for this?” the actress was quoted as saying recently, but her words hid something hurtful. Something so hurtful she just couldn’t stay silent anymore!

“I would love to do a superhero movie!” Chastain told The Guardian in a lengthy interview about things less exciting than an awesome actress in a superhero film. “I would have loved to have played Black Widow.”

“A couple of times I’ve gotten really close,” she continued, possibly referencing when Rebecca Hall replaced her in Iron Man 3. “The problem is, if I do a superhero movie, I don’t want to be the girlfriend. I don’t want to be the daughter. I want to wear a fucking cool costume with a scar on my face, with fight scenes. That’s what I’d love.”

*JESSICA CHASTAIN IS MY NEW OTP**

So… hypothetically… which superhero with a fucking cool costume could you see Chastain playing? I call Barbara Gordon Batgirl. OR BATWOMAN. HNGGGGGGGGG.

**shut up and let me have this