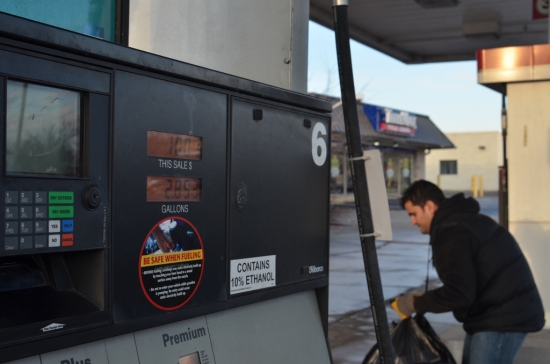 Gas stations don’t tend to feature prominently here on Geekosystem, but when they do the stories tend to be pretty epic. Over this past weekend, gas stations suddenly got even more interesting when three stations in New Jersey were mistakenly refilled with jet fuel, and they then passed said jet fuel on to the cars that refueled at them. It’s unclear how many automobiles were affected by the mix-up, but none of them were suddenly capable of breaking the sound barrier, so there goes that dream.

Pumping cars full of jet fuel can cause them to stall almost immediately, as it’s pretty much just a myth that jet fuel will actually make your vehicle go faster. Due to this, the three stations were shuttered as soon as the authorities were made aware of the issue. They’ll have to undergo a tedious cleaning process, according to NJ.com:

The stations were still closed as of [Monday night] and will not reopen or receive new gasoline until all underground storage tanks, lines and filters are emptied, pumped and cleared, [Mercer County spokeswoman Julie] Willmot said.

As this was clearly an accident with the delivery of the fuel, apparently none of the stations will be fined over the fiasco. It’s not like someone went and made the call to fill up their tanks with jet fuel, after all, as that’d just be silly. Too silly, in fact.

(NJ.com via The Washington Post, image via Michael Kappel)