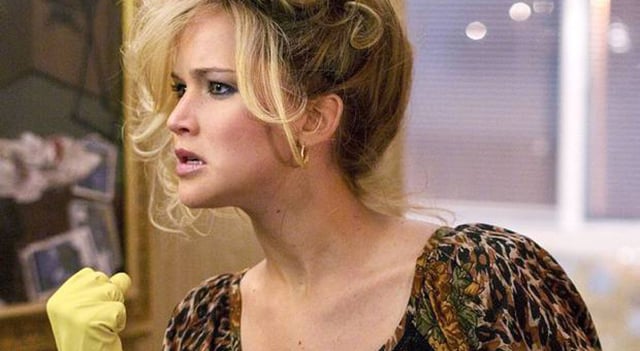 Hey, you know what’s salt in the wound after your private photos have been stolen and spread around the Internet for all to see? An artist deciding to use those photos as part of an exhibit, because ART. This Iron Giant photo was the first thing that popped into my head, but upon further reflection, this gif better captures the spirit of my reaction.

“[The exhibit displays] the artist’s 7 year collection of images found on Google of celebrities in their most vulnerable and private moments, that were comprised by either hackers or the paparazzi.  ‘We share our secrets with technology,’ said XVALA. ‘And when we do, our privacy becomes accessible to others.’”

And unless you think it’s real freaking skeezy that someone would make a career out of displaying photos that the release of which, in the case of Lawrence or Upton, basically constitutes a sex crime—don’t worry! It’s commentary on how we don’t have privacy anymore! So that’s OK then.

“XVALA appropriating celebrity compromised images and the overall ‘Fear Google’ campaign [of which ‘No Delete’ is a part] has helped strengthen the ongoing debate over privacy in the digital era,” said publicist Cory Allen.

“In today’s culture, everybody wants to know everything about everybody. An individual’s privacy has become everyone else’s business,” said XVALA. “It has become cash for cache.”

Allen added “The commentary behind this show is a reflection of who we are today. We all become ‘users’ and in the end, we become ‘used.'” Also included in the exhibit will be “leaked nude images of actress Scarlett Johansson… with [the] ‘Fear Google’ logo covering her intimate areas.”

I don’t claim to be all that versed in the realm of modern art, but I’m gonna go ahead and say I am fairly well-versed in the art of being a human being, seeing as I’ve been one for a few decades. So I’m gonna say “art” and “commentary” aren’t sufficient reasons to behave like a jackass. Not when the people you’re being a jackass to, like Lawrence and Upton, just had the bad luck to be targeted by some creeps who wanted to get their rocks off. If it’s, say, a giant evil corporation, then we’ll talk. Shoot up, not down. And for all that XVALA’s aiming at Google here, it’s Lawrence and Upton whose naked bodies are going to be displayed—without their consent—life-size on a gallery wall for people to ogle.

Previously in this whole awful affair