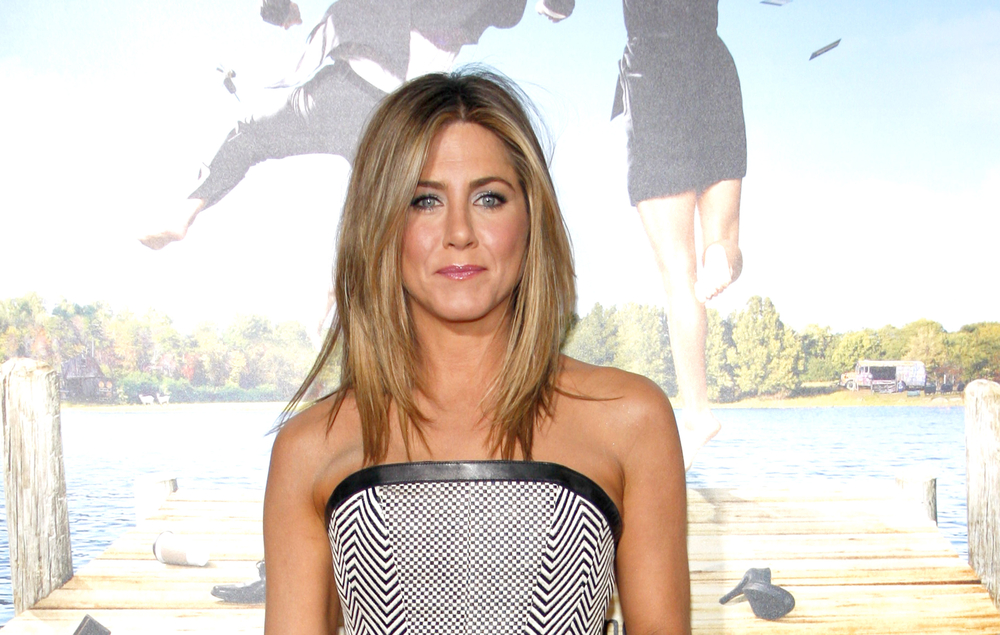 Even if you have only the most cursory knowledge of today’s tabloids—if you’ve even just glanced over the covers of Us Weekly and OK! and their competitors in the checkout line at the grocery store—you’re probably familiar with their fixation on Jennifer Aniston’s uterus.

47-year-old Aniston has never had a kid and has endured some highly publicized breakups, and as such her pregnancy status is to celebrity ‘news’ magazines as the long-awaited Black Widow movie is to us at The Mary Sue. Will she? Won’t she? Who knows, but it definitely drives traffic! (The difference being of course that the former fixation is driven by misogyny and the latter mostly by ‘get your act together Kevin Feige.’)

After years of watching her body and her personal life being speculated over and co-opted by publications, Aniston is fed the fuck up and not taking it anymore. The actress, who says she has never publicly addressed gossip about her personal life before, wrote an awesome, angry op-ed for the Huffington Post yesterday. Here’s an excerpt:

For the record, I am not pregnant. What I am is fed up. I’m fed up with the sport-like scrutiny and body shaming that occurs daily under the guise of “journalism,” the “First Amendment” and “celebrity news.”

[…] If I am some kind of symbol to some people out there, then clearly I am an example of the lens through which we, as a society, view our mothers, daughters, sisters, wives, female friends and colleagues. The objectification and scrutiny we put women through is absurd and disturbing. The way I am portrayed by the media is simply a reflection of how we see and portray women in general, measured against some warped standard of beauty. Sometimes cultural standards just need a different perspective so we can see them for what they really are — a collective acceptance… a subconscious agreement. We are in charge of our agreement. Little girls everywhere are absorbing our agreement, passive or otherwise. And it begins early. The message that girls are not pretty unless they’re incredibly thin, that they’re not worthy of our attention unless they look like a supermodel or an actress on the cover of a magazine is something we’re all willingly buying into. This conditioning is something girls then carry into womanhood. We use celebrity “news” to perpetuate this dehumanizing view of females, focused solely on one’s physical appearance, which tabloids turn into a sporting event of speculation. Is she pregnant? Is she eating too much? Has she let herself go? Is her marriage on the rocks because the camera detects some physical “imperfection”?

Aniston shouldn’t need to come out and explicitly condemn the narratives media sells about her and other women, a sale hinging on the belief that all women must look a certain way and have a certain life to be happy. But she did, and I have intense respect for her for that. Women shouldn’t have to expend their emotional energy on pointing out the obvious misogyny inherent in selling magazines based on who is/who isn’t gaining weight and popping out babies, but Aniston hopes girls and young women will benefit from seeing someone with a significant platform like hers rejecting that narrative. She also went out of her way to address the myth that women “need” a romantic partner or a family to be fulfilled:

Aniston calls this disproportionate focus on pregnancy and marriage ‘tabloid noise,’ but I’d argue tabloids are just an inevitable extension of the ways those gendered pressures continue to be valorized in more respectable media. At least tabloids are transparently trashy in their sexist fixations; the emphasis on women’s physical appearance and sex life in more established publications (cough cough, Vanity Fair) and in film, TV, and even comics is more insidious.

(via Jezebel, image via Tinseltown / Shutterstock.com)