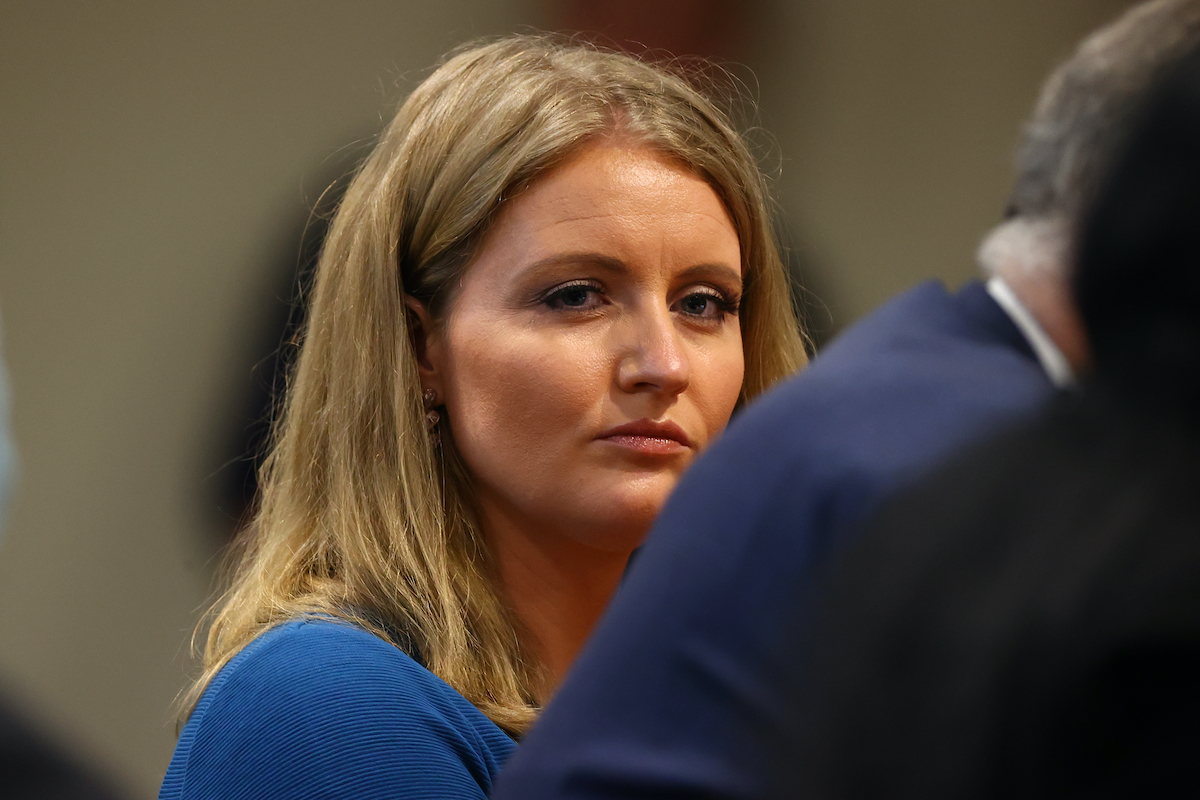 Yet another member of Donald Trump’s circle of cronies has reportedly tested positive for COVID-19. Jenna Ellis, the Trump campaign’s legal adviser who’s been leading the charge to try to delegitimize Joe Biden’s overwhelming win in last month’s presidential election, told associates that she tested positive, according to a report from Axios. Ellis did not confirm the news to the outlet, which was reported by several sources, but instead insulted reporter Jonathan Swan when he asked for comment.

Swan writes: “When I gave Ellis visibility of my reporting on Monday night — that she had tested positive and that some senior staff weren’t happy — she replied that it was ‘rude’ to text her after midnight, adding, ‘You must be more informed than me because I haven’t heard that.'”

I definitely do believe Swan is more informed than Ellis, the woman who has hitched her wagon to Donald Trump and Rudy Giuliani’s desperate attempts to undermine our election process.

Rudy farting so loudly that the mic picked it up and Jenna could barely hold back a laugh is peak 2020, man.

Girl, aren’t you sad you refused to wear a mask? 😂#ThursdayThoughts #thursdaymorning

The news of Ellis’ positive test results come right on the heels of Rudy Giuliani’s own positive test and subsequent hospitalization. Giuliani continued to work closely with Ellis and others on the campaign’s legal team after his son contracted the virus. We can’t know for sure if Ellis contacted the virus from Giuliani, but if your colleague is constantly smearing his own snot around his hands and face, refusing to wear a mask, touching everything around him, and farting on you during congressional hearings, you can’t be too surprised when these things happen.

Rudy Giuliani asking one of his witnesses: “Would you be comfortable taking your mask off some people can hear you?”

He was unmasked at the Michigan election hearing on Wednesday for over 4 hours.

The reason why some White House senior staff are reportedly not happy with Ellis is that over the weekend, she attended their Christmas party, which it sounds like she wasn’t even invited to but went to as the guest of Trump’s trade advisor Peter Navarro.

According to Axios, a lot of those staffers were already upset with Ellis for “constantly stirring Trump up with nonsense,” as one senior official put it. (Because Trump’s administration is known for keeping him so calm and collected, I guess.)

Now they’re extra furious because she might have turned that Christmas party–to which people brought their families–into another White House super-spreader event.

Obviously, if Ellis did spread the virus to her colleagues after knowingly being exposed to the infected Giuliani family, she should feel bad about that. But also, everyone who attended that party made the decision to do so, knowing it would be dangerous. Just last week, White House press secretary Kayleigh McEnany defended these gatherings, saying, “If you can loot businesses, burn down buildings, engage in a protest, you can also go to a Christmas party.”

She also said masks and social distancing would be optional. So there’s really no one to root for here but it’s kind of fun that with only 43 days left to go, this administration is still finding new ways to burn itself to the ground.

(via Axios, image: Rey Del Rio/Getty Images)
Want more stories like this? Become a subscriber and support the site!