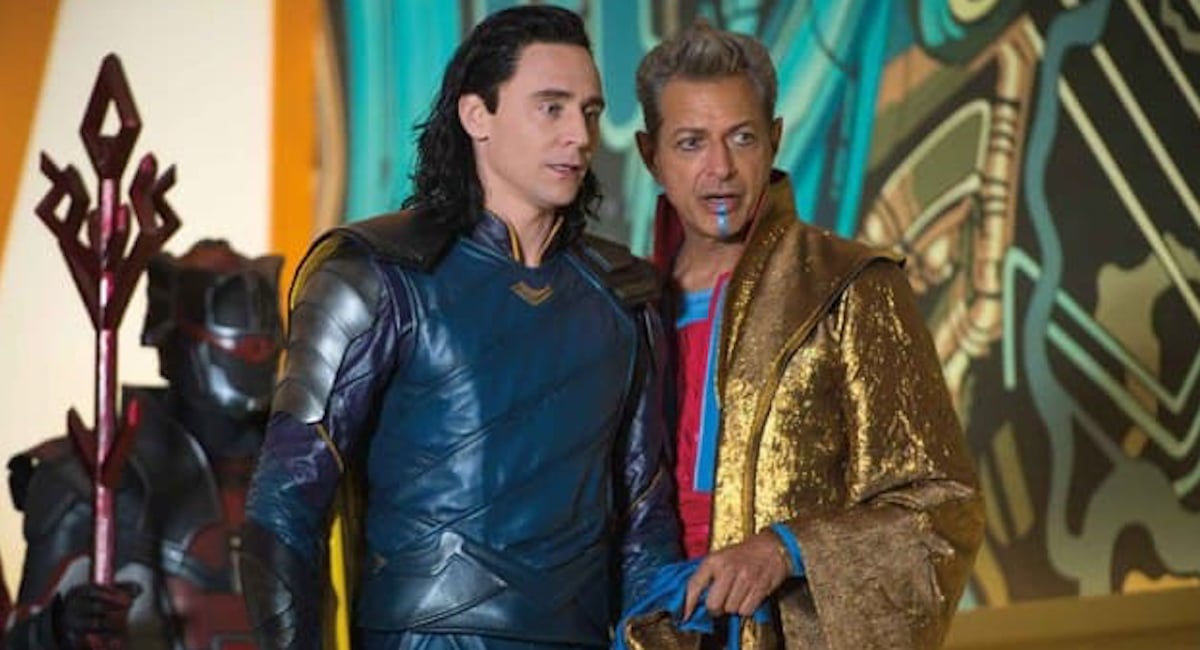 You can’t just spring Spider-Man questions on Jeff Goldblum; it overwhelms him and breaks him. He’s too worried about Peter Parker! Or, at least, that’s how it felt when the Grandmaster actor was asked about Peter Parker’s potential departure from the Marvel Cinematic Universe while at Disney’s D23 Expo.

Jeff Goldblum weighs in on the potential #Spiderman #Marvel split at #D23Expo pic.twitter.com/Nn7NbllvDt

Let’s unpack this. First … he’s playing with a hair tie? Why? Who knows? Probably not Goldblum. Second, he just starts speaking Italian, which is a fun time for us all, but his reaction does seem very genuine in his concern for Spider-Man. Then again, Jeff Goldblum is constantly curious and confused. It’s the entire reason behind his Disney+ show, The World According to Jeff Goldblum.

So, him actually saying “sksksk” and proving that he’s a meme piled on top of a meme on top of a meme helped to break Twitter for the entire weekend. Honestly, a Goldblum meme is the best kind of meme indeed.

Me finding out that my rich husband has died of mysterious circumstances pic.twitter.com/SVtDLPEP0s

Me to my parents when they ask how I’m gonna get my next freelance job pic.twitter.com/mVyFCKAH2X

When someone tells me some tea and I have to pretend that I wasn’t the one who spilled it in the first place! pic.twitter.com/1lqPZyRDhk

me pretending my email + assignment never sent to my professor after they confront me about missing work pic.twitter.com/T0PjBC0pWo

Me pretending to be surprised at the earth dying because of our actions pic.twitter.com/Mu9KwiFuo6

My crush: Did you know that Sherlock Holmes was an addict?
Me, trying to flirt: pic.twitter.com/qbpoE01AEI

cersei when she found out that her husband has been injured by a boar at a hunt pic.twitter.com/uBv0Nk8eS8

*a troll gets into hogwarts*

When my mom asks me if I smoke pot pic.twitter.com/M7pEayUuHR

me when my mom showed me a google search for zack efron shirtless on the history of the family computer pic.twitter.com/YySiK0GX2R

when a boy tells me something new about himself and I have to pretend like I didn’t already know it from my hours of social media stalking pic.twitter.com/DYUHfZiF9U

my family when i ask them if they ate my leftovers that were in the fridge pic.twitter.com/znossXISym

Me pretending to hear news for the first time that people have been gossiping about for days pic.twitter.com/7eE3TrL9N3

when someone asks me if i have “retirement savings” pic.twitter.com/yqIwO5wUZF

I hope Jeff Goldblum is okay knowing that Tom Holland is still Peter Parker at the end of the day. Did someone tell him? I feel like someone should at least let him know that he became a meme because of his concern.