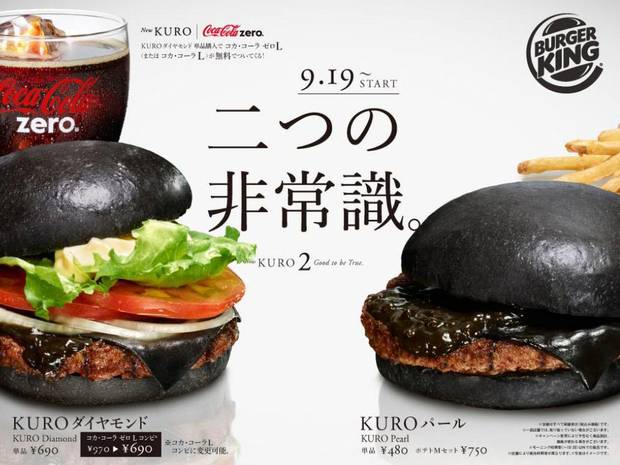 God, would you get a look at the sad state of fast food products these days, with their stupid preppy yellow cheese and their red ketchup? They’re such conformists. If you consider yourself beyond all that gross consumerism, then Japan’s Burger King has the perfect thing for you to rebel against those other sandwich-sheeple while still getting to actually participate in gross consumerism anyway.

The standard Kuro burger (its name comes from the word for black in Japanese) first made its debut in 2012 and gets its unusual coloring from bamboo charcoal bread and squid ink sauce. Japanese audiences liked it so much that it came again the next year as the bacon-covered Kuro Ninja burger. Now the fast food chain is doubling down in their latest version of the limited edition burger, the Kuro Pearl Yup, that literally translates to “Black Pearl.” Don’t eat it anywhere near water or Captain Jack Sparrow might come looking to snatch it away from you,.

So what makes the Kuro Pearl Burger different? In addition to the black bun and sauce, it also has black charcoal cheese. Which altogether sounds like a legitimately delicious flavor palette, don’t get me wrong, but… gah. 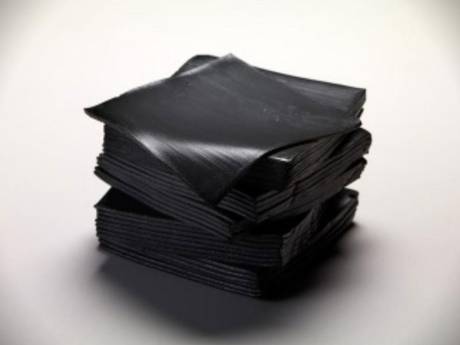 You can’t be a nonconformist if you don’t eat cheese.

In case you’re worried that your stomach is going to suffer some kind of heat stroke with all the black it’ll be wearing, the Kuro Diamond burger also comes with lettuce, tomato, and onion, all of which are the normal colors you would expect them to to be. Too bad they don’t offer that fulvic mineral-infused blk water to wash it down with, though. Feels like kind of a missed opportunity there.

If you happen find yourself in Japan after September 19th with 480 yen burning a hole in your pocket, the Kuro burger will soon be available for a limited time, despite its insistence that this isn’t a phase, MOM. It’s who the burger really is now. Please respect its life choices.