Have we learned nothing from Parks and Rec? 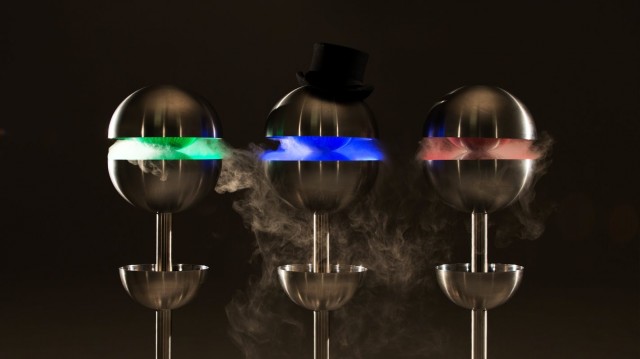 Today in “things the Western World does that must infuriate the rest of the planet,” UK inventor group Lick Me I’m Delicious has invented the Edible Mist Machine, a strange orb-like device that lets dieters sample the flavors of some of their favorite foods without actually eating them.

In this video for the Machine a man in a top hat uses a straw to suck smoke from an Alien-like thing. It’s very weird.

Lick Me I’m Delicious put the video for their food hookah on YouTube earlier this week, and understandably, the Huffington Post had some questions. Company founder Charlie Harry explained:

The range of flavors is massive and we can also produce you a personalized mist from pretty much anything in the world, like your favorite book or even your hair […]AND it’s zero calories.

I have no idea why Harry would use such unappetizing examples to explain how “Edible Mist” works, but nonetheless, the invention sounds impressive if not necessarily useful. Lick Me I’m Delicious’ surprisingly awesome website (seriously. It looks like they’re located in Diagon Alley) promises that they have “a HUGE selection of mists available,” including bacon, so customers shouldn’t have to worry about whether or not they’ll enjoy the taste of their own hair. 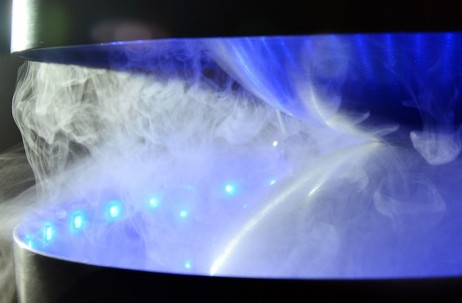 I wish I understood the logistics of how the giant misty egg’s “ultrasonic vaporization” worked, other than gathering that it’s a little bit like an E-Cig. But is any actual bacon involved in producing the flavor? If so, how can I get at said bacon? Sadly, I’ll probably never find out. Getting an Edible Mist Machine shipped over to the States would cost upwards of $8,400, although if you live in the UK, you can rent them out temporarily.

Personally, I’m highly skeptical that the orb of zero-calorie gourmand trickery will be beneficial to dieters, since enjoying bacon-flavored smoke instead of actual bacon ignores entirely the role that texture plays in deliciousness. I also know that, for myself, tasting a  “forbidden” food would just make me want more of the real thing, but of course I can’t speak for people who have highly restrictive diets for medical reasons and would just like a hint of the ol’ hog fat every once in a while. It’s interesting to see the increasingly silly ways society tries to have our cake and also not really eat it, too. I just seriously doubt that sipping smoke is the key to eating healthy without feeling “deprived.”

A Lick Me I’m Delicious product I would like to try, however, is ice cream from their “flavor creation service.” 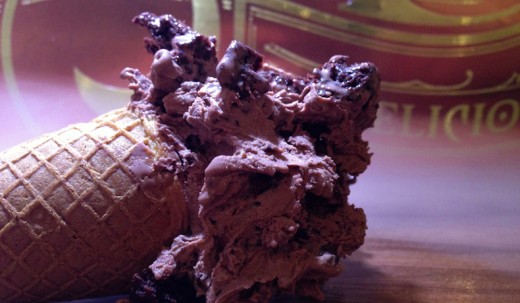 This is chocolate-orange-brownie. I would like to taste it the old fashioned way, thank you.

(via Huffington Post, image via Lick Me I’m Delicious)