England Might Put Jane Austen on Their Money: When’s the U.S. Gonna Step Up Its Game?

Seriously, are presidents really the best we can do? 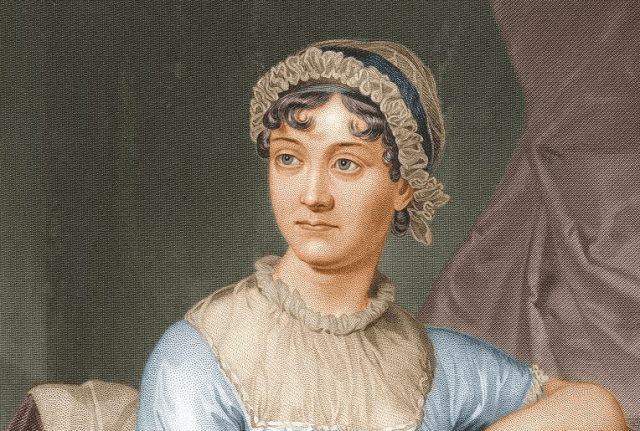 The Bank of England hasn’t been afraid to mix it up with their national currency these past couple of decades; starting in 1970, they’ve been printing historical portraits on some of their money, including such notable figures as Charles Darwin, William Shakespeare, and Florence Nightingale. Now it looks like celebrated novelist Jane Austen might get a place on the £10 note, according to the bank’s retiring governor. Between this and Canada’s dinosaur coins, why is everybody else’s money so much cooler than ours? Come on, USA, get with the times!

Austen would be the third woman (other than the Queen, of course — she’s royalty so she’s above all that) featured on British currency in its entire history, the first two being Nightingale and prison reformer Elizabeth Fry. Fry, however, is the only woman currently on banknotes and will be replaced by Winston Churchill in 2015. Naturally this sparked a whole bunch of protests by those who wanted better gender representation on Britain’s money, which may be why governor Sir Mervyn King decided to let this information slip right before leaving.

While it’s not official, Austen’s likeness will be up for review by the Bank this July, and it will be up to King’s successor, Mark Carney, to make the final decision. There’s already a great deal of pressure being put on him by this sudden announcement on King’s part, so hopefully Carney doesn’t pull a fast one on us and nominate somebody boring instead. And before you make jokes about Austen being boring, remember that English history goes back at least a thousand years and there is always somebody out there who’s duller than the person you’re currently complaining about.

But anyway, enough about Britain. Why is all our money covered in mostly dead presidents, with the occasional founding father that some dumb people still think might have been presidents? We’re already changing the color of all our money anyway, let’s get rid of some of the boring ol’ politicians. We could have the standard American heroes like Harriet Tubman, Mark Twain, and Thomas Edison, but we could get wacky with some of the higher denominations that no one ever uses. I mean, come on, you know you want a dollar bill with Mr. T’s face on it.

(via The Guardian, image via Wikimedia Commons)