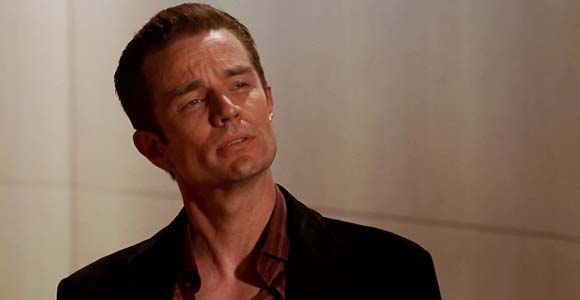 James Marsters career is known for being genre heavy. There was of course his time as vampire Spike on both Buffy the Vampire Slayer and Angel, plus stints on Smallville, Torchwood, and Caprica. But did you know he had a close call with Star Trek as well? Read on for details.

Do you recall the plot of Star Trek: Nemesis, the last film starring the Next Generation cast? The Romulan government undergoes a coup after the military suggested invading the Federation. Upon arriving on Romulus, the crew of the Enterprise meets a Reman named Shinzon who claims to want peace. Turns out he’s the remnant of an old plot to invade the Federation and he’s actually a clone of Captain Picard. Things spiral on from there, as you can imagine. Even though it didn’t do well in theaters I thought it was pretty good, certainly better than Insurrection, but it also starred a young Tom Hardy as Shinzon the clone.

But, as is usually the case, Hardy wasn’t the only one up for the role. “They were looking at me to play Patrick Stewart’s clone in a Star Trek film and I went and auditioned,” Marsters told the Australian Associated Press recently. “I don’t think I sucked eggs, but I didn’t do well enough. But I wish I had, I would have been proud to be Patrick Stewart’s clone.”

Turns out, being on Star Trek is one of Master’s life ambitions, one he hasn’t quite given up on yet. “I have an idea for a Star Trek series but I haven’t shopped it yet,” he said. Perhaps he should talk with Battlestar Galactica’s Ron Moore or TNG’s Michael Dorn.