The Five Stages of Grief are slightly different for massive corporations. For example the first stage is apparently "Be Really Sleazy." 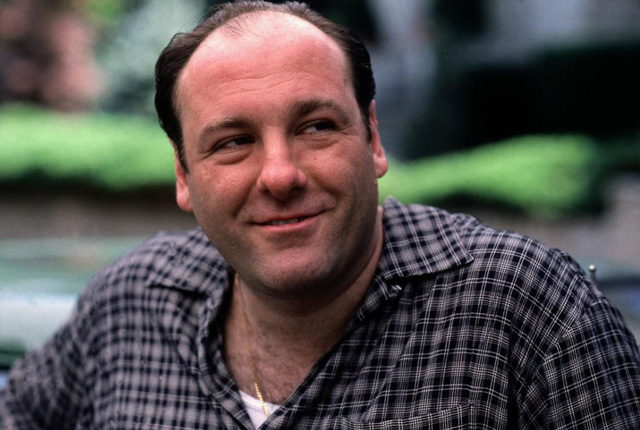 As a big fan of Things That Are Empirically Excellent, is am, it will surprise no one, an avid admirer and huge fan of HBO’s The Sopranos, and so, like many of you, I was publicly bummed out when James Gandolfini, the man who was the backbone of one of the most excellent and important television shows ever passed away suddenly yesterday at just 51. As Facebook feeds across the world lit up with expressions of shock and sorrow at the news, we were treated to handy lessons in how to mourn a public figure — and how not to — from two unexpected sources: the classic rockers of Journey and Internet-retailer Amazon. Here’s a Protip: Do offer your sympathies to the figure’s family. Don’t try to hawk product. (Potential spoilers ahead if you haven’t finished The Sopranos and are really sensitive about your definition of spoiler. Also, if you haven’t finished The Sopranos, what the hell are you doing?)

Let’s take a look first at how Journey, whose classic “Don’t Stop Believin'” played out the series that made Gandolfini a household name, approached the issue of the performer’s passing yesterday.

See that? It’s short, it’s sweet, it’s to the point. It expresses an appreciation for the actor’s work and the opportunity they had to make a contribution to it, and closes with an offer of condolences to the grieving family Gandolfini left behind far too young. It’s a class act all the way. A+ work, Journey. 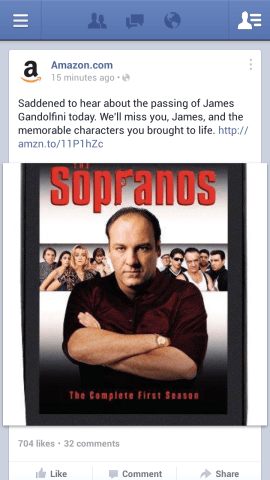 Oh, boy. We, um, we need to have a talk, Amazon. I don’t know what the officially recognized cooling off period between a celebrity’s death and posting a link shamelessly shilling DVD sets of the show that made him famous is, but “more than a couple hours” seems like a safe bet. I’m no psychologist, but last I checked, the first stage of grieving is not “making a quick buck.” Amazon of course quickly removed the post — and we’re wagering the social media intern who probably ran this one up the flagpole along with it — but not before a number of sites like The Consumerist got screen grabs of the sordid affair.

Now, taking down the link is a good start, but here’s the thing Amazon — unless you acknowledge why you took down the post and offer some sign of contrition for the lapse in judgment, just taking down the post is a pretty blatant and self-serving PR move. We’re not asking your social media team to don hair shirts or anything — a brief, tasteful mea culpa and some condolences to Gandolfini’s family would totally suffice. Maybe if you ask nicely, Journey will even give you some notes on the matter.