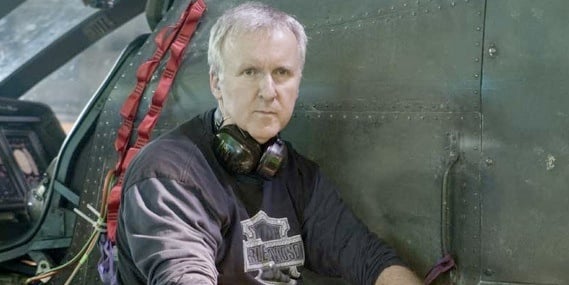 Sigourney Weaver has been saying that she’s involved in the Avatar sequels that are currently in production, which is curious because her character, Dr. Grace Augustine, died in the first movie. She added that the movie’s creator, one Mr. James Cameron, says that “no one ever dies in science fiction.” Well now, someone has asked Cameron about this recently, and he says he’s got this one all figured out. And he pretty much said, “no one ever dies in science fiction.” But trust him — he has a plan.

Cameron was being honored by Popular Mechanics earlier this week and was presented with his award from none other than Weaver. And in an interview with New York Magazine, Cameron plays coy when asked about his frequent collaborator’s appearance in the sequel, saying, “Did I say she was going to be in Avatar 2?” and then grinning. Then he says that he doesn’t want to “disabuse her of that fantasy,” but goes on to say:

But have you ever heard of nonlinear storytelling? A lot happens on that planet before she shows up, and before Jake shows up to join her. She’s there for fifteen years ahead of time. I don’t know, but I wouldn’t jump to conclusions. And I’ve already said way too much about Avatar 2 and 3 here and there, but people piece it together like those voice cameos and tell the whole story!

A-HA. That would certainly be one logical way to bring back Grace Augustine — not a resurrection, but going to back to a time before the events of the first movie, then jumping all around time and space so we can still see what’s happening with Jakesully and Neytiri et al. (Sam Worthington and Zoe Saldana, respectively). But a past quote by the actor who played the original movie’s bad guy, Stephen Lang, drops an even bigger hint as to how dead characters might be brought back to life:

“You think those two arrows in my chest are going to stop me from coming back? … Nothing’s over so long as they’ve got my DNA.”

Isn’t science fiction a wonderful thing? You can just do whatever you want, really. And surely, while the spiritually-infused flora of Pandora might not be able to bring people back from the dead, maybe one of the surrounding moons of Polyphemus has some secret, unlocked potential to do just that. Whatever Cameron has planned, we can’t say we’d be disappointed to see Grace Augustine again, regardless of the time, place, or form. One thing we also know is that at least he’ll be completely focused on it — he’s ruled out any non-Avatar-related projects for the next five years.