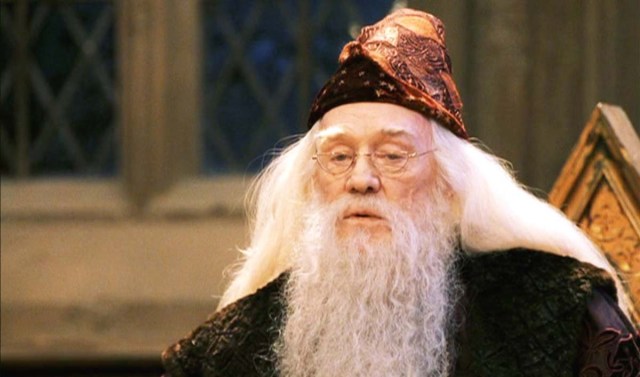 Lots of people have found hope in the pages of J.K. Rowling’s Harry Potter series, but when you hear 15-year-old Cassidy Stay’s story, it’s hard not to see how hers parallels the tragic hero. Stay was the sole survivor of a terrible shooting which left her entire family dead, but when she spoke at the memorial service, she quoted Albus Percival Wulfric Brian Dumbledore: “Happiness can be found even in the darkest of times, if one only remembers to turn on the light.”

KVUE.com out of Austin, Texas explains the incident:

On July 9 Ronald Lee Haskell, 33, came to the Stay’s home in search for his ex-wife, Cassidy’s aunt. Haskell shot and killed Cassidy’s father, mother and four siblings after Cassidy’s parents refused to tell him where his ex-wife was. Cassidy was shot in the head, but she survived the shooting by playing dead. She immediately called the police to tell them what her uncle had done, and she warned the police that her uncle was headed to her grandparent’s home.

Somehow, Stay found a way to speak those hopeful words at her family’s service and countless others took heart because of them.

A Facebook page popped up titled, “We want JK Rowling to meet Cassidy Stay,” and while a meeting has not taken place, a few other wonderful things have. The page description reads:

This is an attitude that I think every single person can learn from. To be taught something so valuable by someone less than my age is eye opening in a way that words can’t describe (despite the fact that I hope to do so with this blog). As a Harry Potter fan who so quickly found her world turned upside down, my wish is to find this movement gain enough momentum as to come to the attention of Ms. Rowling, thus arranging in a meeting between these amazingly strong ladies.

According to sources close to the Stay family, Cassidy received a package from Rowling with a signed copy of Harry Potter and the Prisoner of Azkaban, the book Stay quoted from in her remarks. In addition, Rowling sent Stay a letter with her condolences. In the letter, Rowling wrote several paragraphs from the point of view of Albus Dumbledore, telling Cassidy what the headmaster would have told her if he could have.

The Facebook page also updated with this note, “This afternoon, I talked to a friend of Cassidy’s who confirmed that JK Rowling did, in fact, write her a personalized letter from ‘Dumbledore’ (hand-written with purple ink). She was also sent a wand, an acceptance letter to Hogwarts with a school supply list, along with the 3rd book with JK’s autograph. I’m so excited and ecstatic that we were all able to make a difference! How wonderful.”