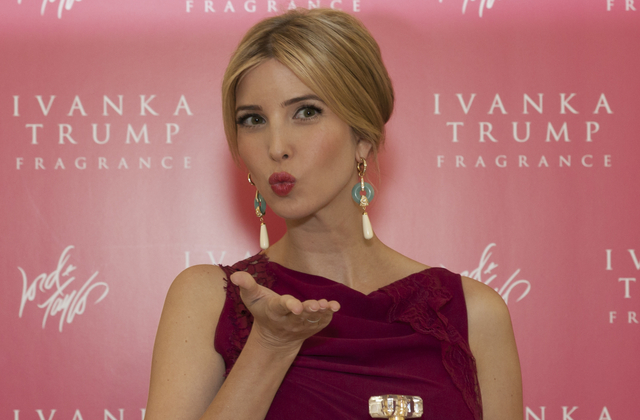 Oprah’s Golden Globes speech this weekend was not only powerful and inspiring, but it had many dreaming of an alternate universe in which, if we had to have a celebrity president in the U.S., it could at least be someone with a shred of human decency. Alas, we don’t live in that alternate universe, and we’re stuck with the misogynistic U.S. president we’ve got. Meanwhile, his daughter thought Oprah’s speech was peachy keen. Great.

Last night, Ivanka Trump tweeted out that she’d just seen Oprah’s speech, called it inspiring, and urged everyone to “come together” and say #TIMESUP. Uh …

Many have called the all-black dress code at the Golden Globes meaningless, but that dress code was merely symbolic of actual hard work that was and is taking place to make concrete change to prevent sexual harassment in Hollywood, or any other workplace. The Times Up initiative’s committees, partnership, and ever-growing legal fund can, in concrete ways, do some real good.

Meanwhile, Trump the Daughter has a father with a long history of saying and doing really sexist things, but can only manage to tweet support of a speech that was, in part, about denouncing him and his attacks on a Free Press. I have zero interest in any support of the “empowerment of women” that Trump is interested in spouting until she is capable of openly and vocally denouncing her father’s behavior.

Great! You can make a lofty donation to the Time’s Up Legal Defense Fund that is available to support your father’s accusers.https://t.co/A8HCVa715v

But she won’t. Hell, she doesn’t even know what “complicit” means.

(via The Daily Beast, image: Shutterstock)