Just in time to show your Breitbart-reading relatives at Thanksgiving! 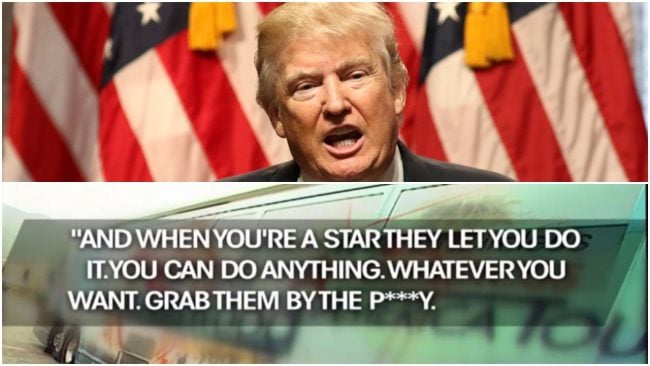 It seems like a hundred thousand years have crawled by since the release of the tape that should’ve rocked the world: Donald Trump, then the Republican candidate, now the man who is our President, recorded in 2005 openly bragging about sexually assaulting women.

This was not a he said/she said situation; Trump himself was the one to offer the information about the way he “moved” on women without their consent, “like a bitch.” Trump’s words joined our country’s lexicon, infected our consciousness, sunk deep into our cultural marrow: “Grab ’em by the pussy.” “You can do anything. Whatever you want.” “When you’re a star they let you do it.” You can buy a variety of merchandise with these phrases inscribed as slogans.

He sounds like he’s having a great time sharing these anecdotes about violating women’s bodies, as though they’re trophies to be hunted the way his sons hunt big game.

Since that fateful Access Hollywood video, and long before, many women have shared their stories of Donald Trump’s violent sexual attacks. Three women have accused him of rape or attempted rape, including his first wife, Ivana Trump. Trump’s lawyer at the time responded to Ivana’s allegation—which she gave as a deposition to court—by saying, “By the very definition of the law, you can’t rape your spouse.” Newsflash, asshole: you absolutely can, and if this had happened today, Trump might’ve faced criminal charges. This sort of non-defense “defense” was Trump seeming to confirm that it absolutely happened as Ivana remembered.

In addition to the violent rape allegations that Trump has racked up, 16 women have publicly come forward with their stories of sexual harassment and assault at the hands of the sitting President of the United States of America. And those are only the women who are able and willing to emerge into a brutal public spotlight. The true number of women that Donald Trump has assaulted is likely a staggeringly high figure whose ceiling we will never know for sure.

What’s striking about the women who have come forward across the decades is how consistently their stories mirror each other’s. As they describe what Trump did to them, a portrait emerges of a vile, vicious man who, again and again, touched women intimately without their consent, aggressively kissed and groped them, and did everything he could to exert his power over their bodies.

Media Matters for America broke down a recent MSNBC segment in which the women’s accounts—matched to their faces—lay bare the stark and undeniable scope of Trump’s transgressions. It is also excellent as a visual aid. It’s one thing to toss around numbers; it’s another thing to see each woman, to see the similarities of their stories, and read of the way that Trump violated them. Media Matters posted these screengrabs on their Tumblr, and you should look to a reblog if you’re on that platform.

Tumblr is best suited to shorter posts, and most of its content is that—a picture, a gifset, artwork, a longer text post hidden behind a “read more” cut. But this post struck me in its original form because it just kept going and going and going. I scrolled down, and down, and down, my jaw dropping to see them all arranged like this, one after the other.

As you look yourself, remember that Press Secretary Sarah Huckabee Sanders has several times used her podium to affirm the White House’s official position: all of the women who accuse trump are lying, Huckabee Sanders asserts. Trump himself called the myriad accusations “fake news,” which is what he calls anything that is critical of him at all.

All of them are liars, the White House says, all “fake.” 16 female “fakers” whose stories align across decades, they are the ones who are at fault. Not a man who gleefully spoke of how much he loves to behave in just this fashion. The fact that Trump has faced no consequences and actually has the chutzpah to gloat and goad some of the men who have been recently accused of harassment (so long as they are liberals) should be something that keeps you up at night. It keeps me up, at least. I haven’t slept since last November.

Anyway, when things become tense over Thanksgiving dinner, I hope you can show these names and stories to your relatives who knowingly voted for a predator. Let them call these women liars to their faces. Let them be forced to speak it out loud it as if they believe it.

These are the brave women willing to take the President of the United States to task for what he did to them. 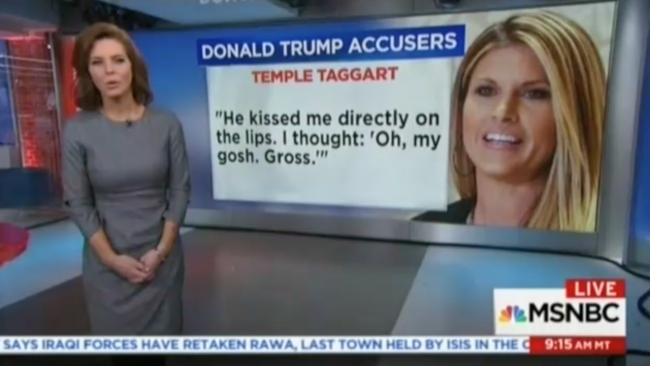 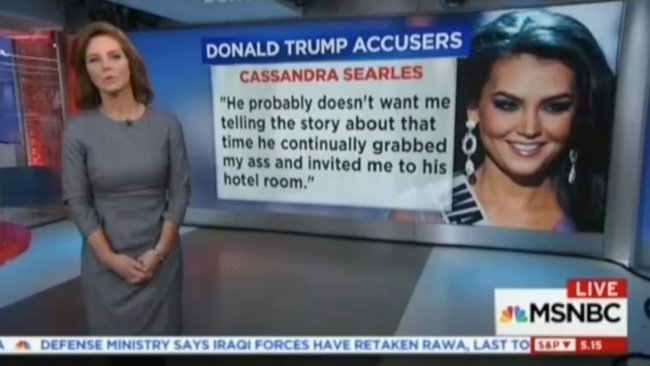 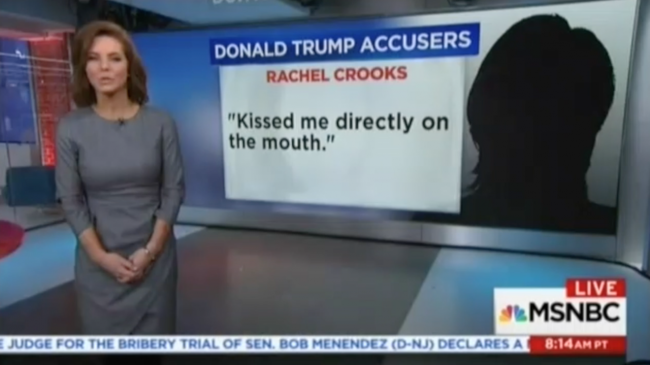 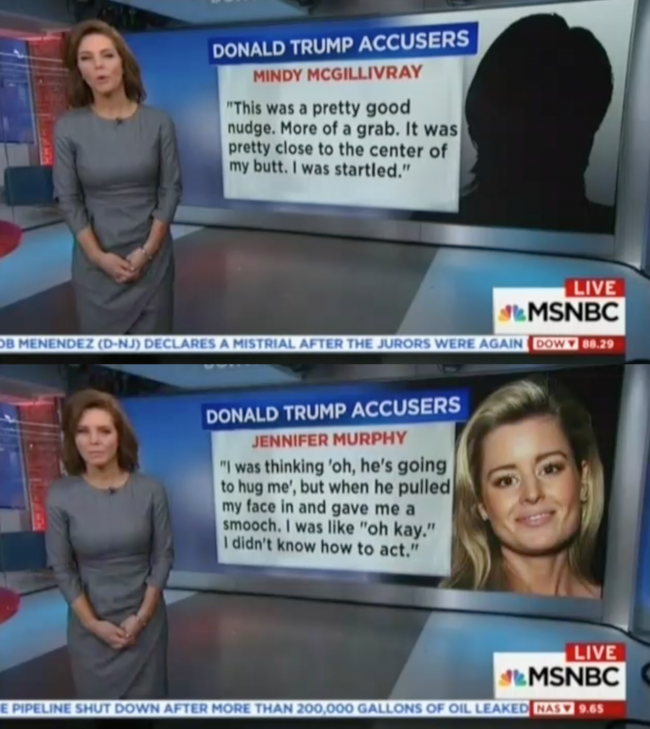 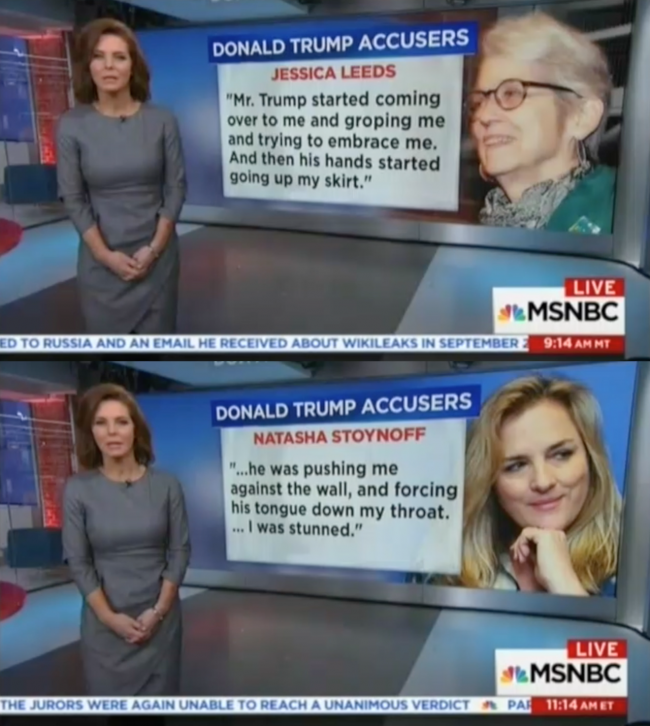 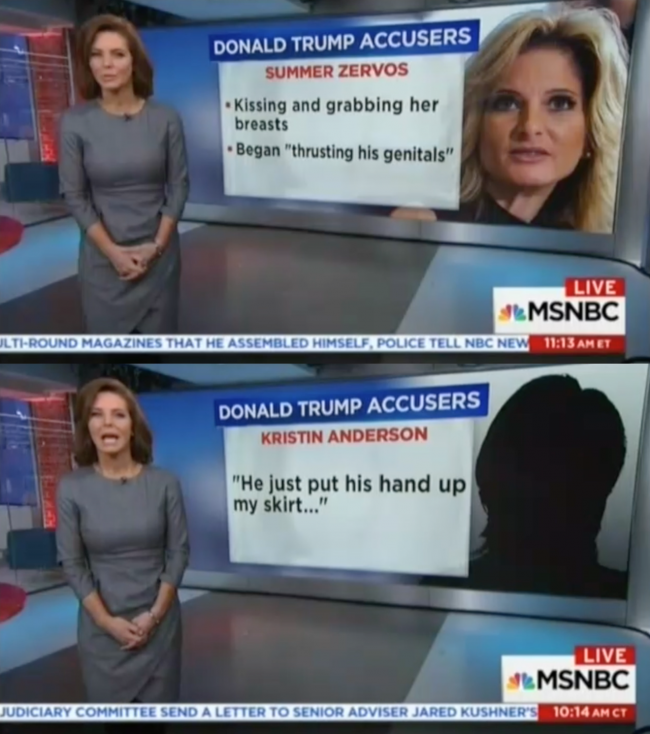 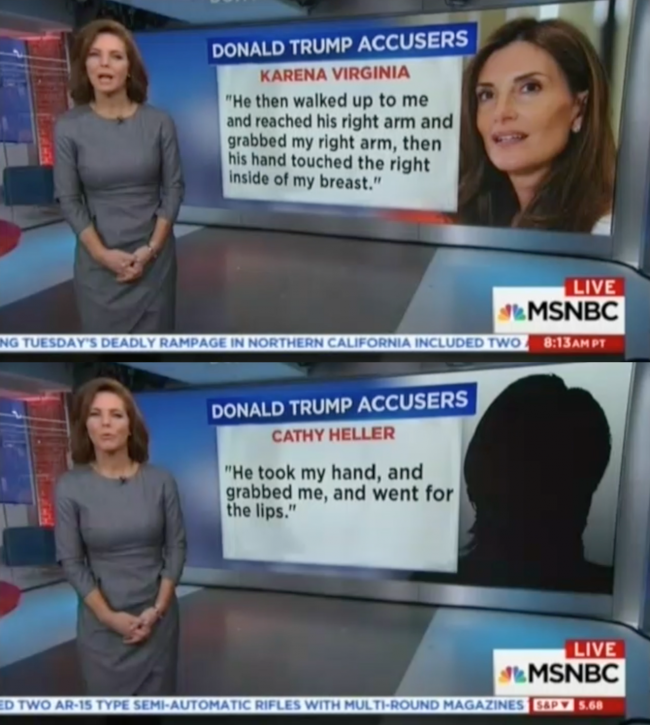 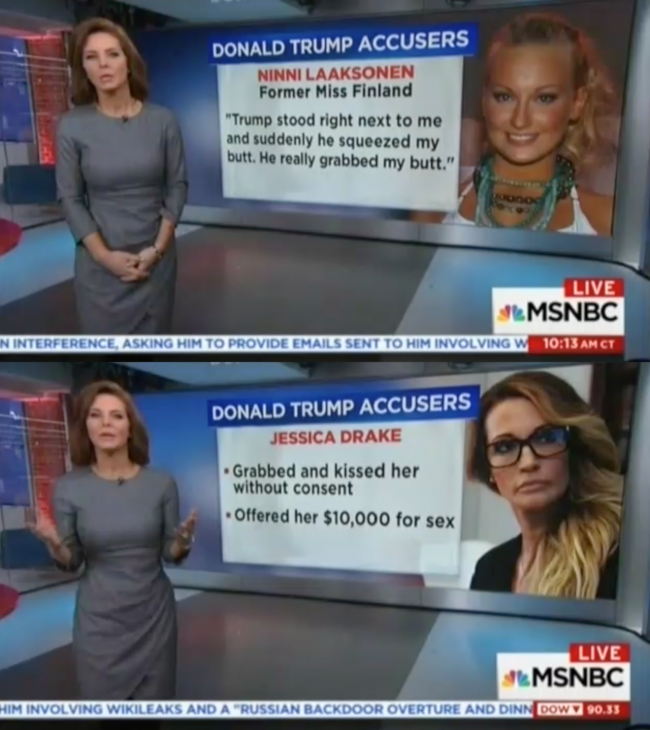 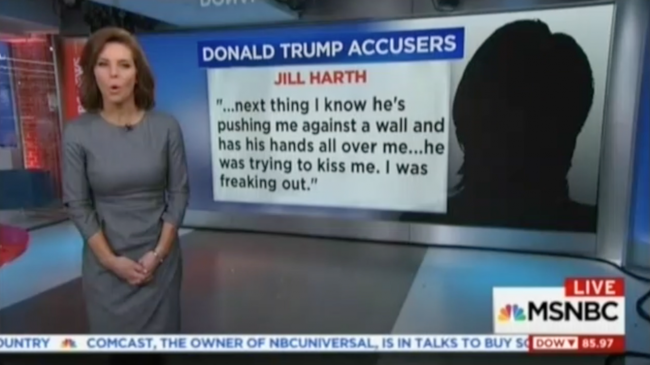