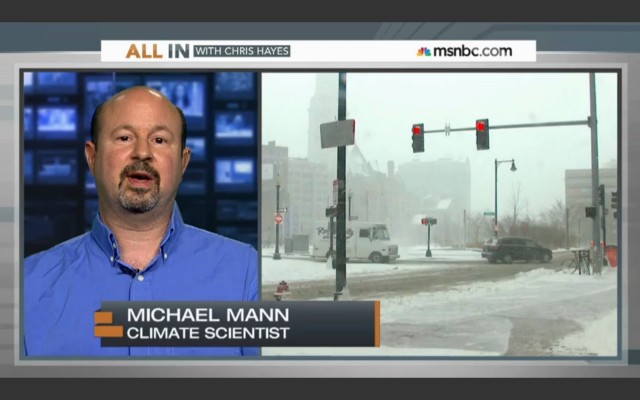 Climate scientist Michael Mann went on MSNBC’s All In With Chris Hayes to explain that yes, it can still get cold in the winter even though climate change is real. There can even be ice and snow. Seasons still happen. There’s no shortage of evidence to support human-caused climate change, and none of it means weather is over.

This video was shared today on Twitter by our friend Bill Nye, which is where we found it:

The comment section on the MSNBC page hosting the video is already populated with people calling each other idiots, and we suspect the comments section on this post will be no different. Regardless, this is worth sharing, and we’re doing so because we don’t think this is a political debate — it’s a scientific one. We’ll believe what the evidence shows.

(MSNBC via Our Friend Bill Nye)