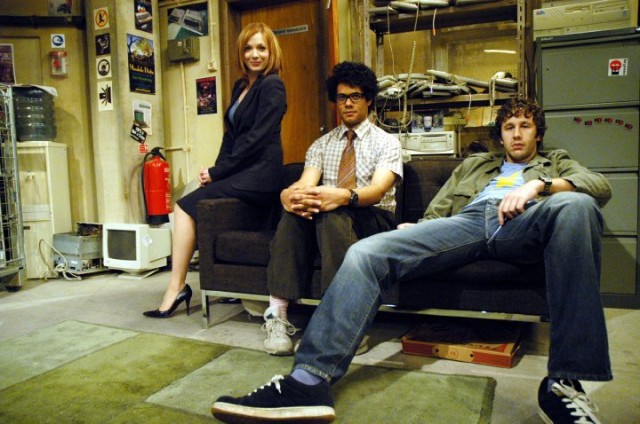 We’ve heard talk for a while now about The IT Crowd returning for one final episode, but production keeps being pushed back. In a recent Q&A, creator Graham Lineham said the episode will begin filming in three weeks. Sounds like it’s time to fire up your Netflix account and get caught up on all four series.

The script for the 40-minute finale has been around for for more than a year, and would reunite the show’s stars Katherine Parkinson, Richard Ayoade, and Chris O’Dowd. Due to the cast’s conflicting schedules, there hasn’t been a window in which to film it, but — at least according to Lineham — this thing’s really going down this time. That’s exciting considering there have been rumors of this finale episode happening for more than two years now.

It doesn’t appear that there’s an air date yet, but Lineham said his next project Count Arthur Strong will be airing in June and was filmed in January. If that project took five months to go from being filmed to being broadcast, maybe we can expect a similar turnaround for The IT Crowd?

Can’t wait? Why not go play The IT Crowd game over on the Channel 4 site.

(via Bleeding Cool, image via The IT Crowd’s Facebook)