Is Mother! a Rosemary’s Baby Remake? Is This Poster a Red Herring? Why Do I Suddenly Care? 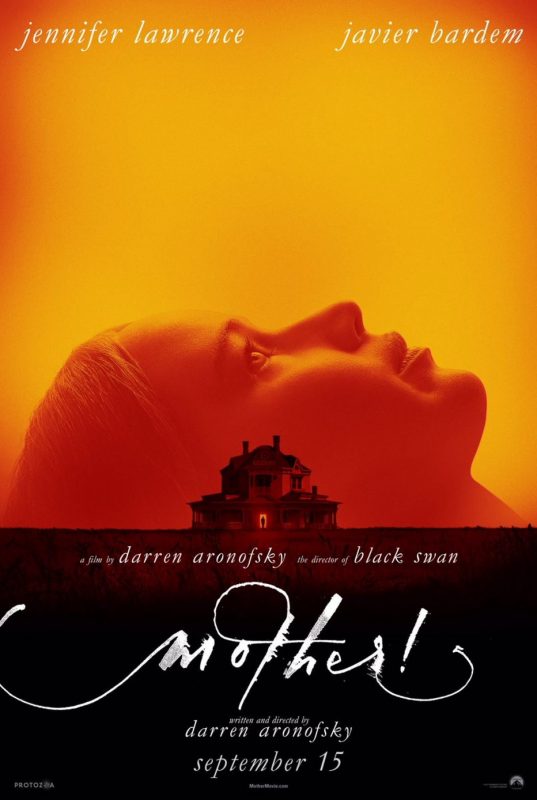 One of the first things that I thought when I saw the first trailer for the upcoming Darren Aronofsky film mother! was that I was already annoyed, because we have yet another film in which Jennifer Lawrence is paired with someone much older (Javier Bardem) and seems to be playing another variation on the tragic, harrowed, too-old-for-her-actual-age character she’s become known for. Then I saw this poster.

If you love film, this might have looked familiar to you, even if you couldn’t put your finger on why. Allow me to help: 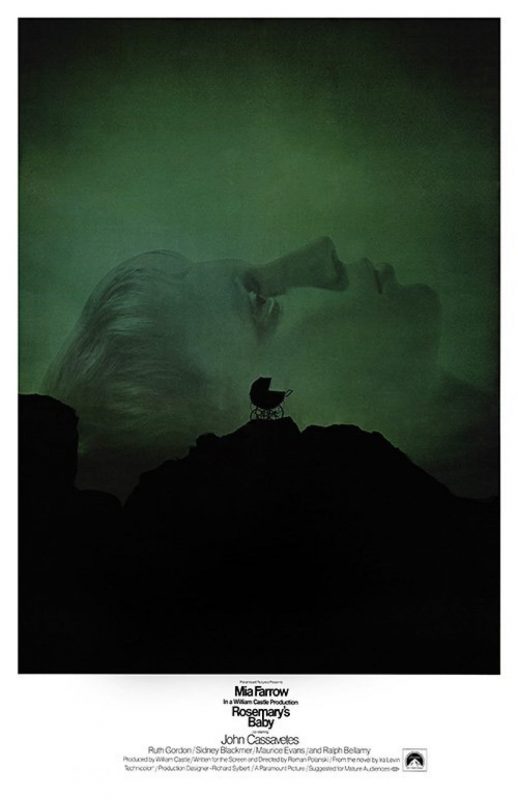 Yup, that would be a poster for the 1968 Roman Polanski (ugh) classic, Rosemary’s Baby, another Paramount film about a young blonde being forced to be somewhere she doesn’t want to be and surrounded by a bunch of creepers in black by a much older man…

People have been making Rosemary’s Baby comparisons before this, but the above poster seems to hit the nail pretty closely on the head. It wouldn’t surprise me if mother! were a straight-up remake/reboot of Rosemary’s Baby. After all, Javier Bardem’s character in the recent trailer keeps talking about wanting to “bring life into this house.” Perhaps that “life” is the anti-Christ?

Or maybe it’s not quite so dead-on. TMS’ Jessica Lachenal posited in her piece on the trailer that “the idea that Harris’ character thinks this was a bed and breakfast makes me think that he’s actually being straight up with that, and that Lawrence’s character is either a.) an amnesiac or suffers from Alzheimer’s, which would lead her to forget things like this and Bardem is her guardian/caretaker/husband, or b.) she’s actually the “mother” in this case, and Bardem is actually her son, in which case the “a” possibility above could still be true.”

Interesting possibilities, both! Especially the first one about Alzheimer’s. There’s actually a really amazing short film I saw recently called Fragile Storm that deals with Alzheimer’s in a similar way. I don’t get the vibe that Bardem is “actually her son,” though. Especially since the first trailer has them in bed together, and I’d rather not go there with the squick.

Still, good movie marketing is supposed to make someone interested in seeing the movie without giving away too much. Is this poster dead-on in its Rosemary’s Baby comparison? Is it a red herring, and this movie has nothing to do with that film? Either way, I’m intrigued, so it seems this poster has done its job. It’s taken a movie I initially rolled my eyes at, and turned it into something I’m interested in seeing.

If only for the think-piece fodder about female bodily autonomy. Because you know that’s coming, right?