Marvel Files Trademark for Iron Patriot, Might Be in Iron Man 3 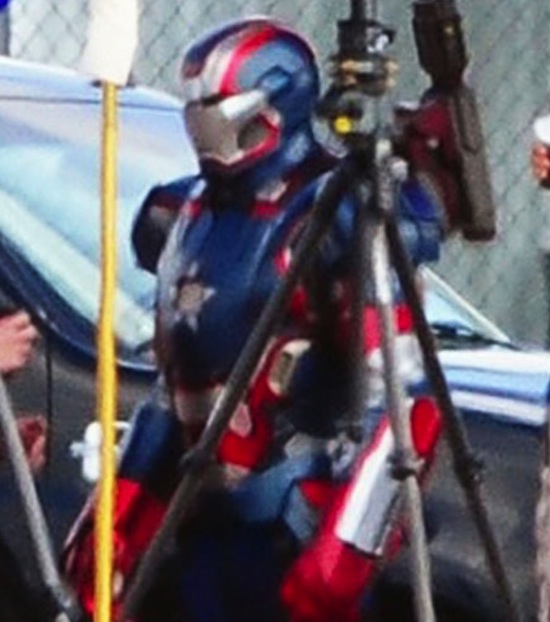 There’s been some debate recently about whether or not Iron Patriot is going to be in Iron Man 3. Photos taken from the set show an actor wearing Iron Patriot’s star-spangled armor, so the Internet seemed to think he was in. Then reports came in refuting the Iron Patriot theory, asserting that War Machine would be wearing the Red, White, and Blue in the upcoming film. Now, there’s been a new development: One that won’t provide a definitive answer, but likely answers the question: Will Iron Patriot be in Iron Man 3?

Marvel has filed a series of trademarks related to the term “Iron Patriot.” According to Bleeding Cool, Marvel’s history dictates that when they file new trademarks for a character, they’re going to be in a movie somewhere. Obviously, that doesn’t mean that guy in the suit is Iron Patriot. Don Cheadle, who plays War Machine, could be wearing the armor in this movie, while Marvel teases that Norman Osborn may get the suit in Iron Man 4… Or Avengers 2… Man, there are a lot of Marvel movies coming out.

Who is Iron Patriot, you ask? Believe it or not, he’s actually Spider-Man villain Norman Osborn, who takes the Iron Man armor from Tony Stark after the US government gives him control of a new government agency called H.A.M.M.E.R.. As Iron Patriot, who’s designed to look like a cross between Iron Man and Captain America, Osborn leads a team of “Dark Avengers” who blur the line between heroes and villains.

It doesn’t seem likely that Marvel would introduce all that material in Iron Man 3, but the idea of the government taking Iron Man’s armor sounds like a solid storyline. It’s still entirely up in the air what’s going to happen next in the Iron Man movie universe, we’re just going to have to wait until the Iron Man 3 comes out on May 3rd, 2013 to know for sure.