Because the last time we talked about this openly, despite the fact that people on the movie have laid some serious hints, we’ll keep this under wraps. The LEGO set “Iron Man 3 Malibu Mansion Attack” features minifigs for Tony Stark, Iron Man Armor, Pepper Potts, the Mandarin, and a sinister accomplice. But it’s a detail of the box art that we’re really interested in here. 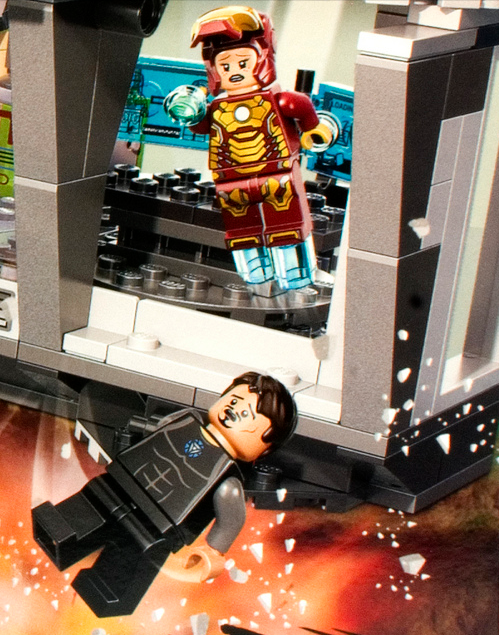 That’s Pepper Potts, wearing an Iron Man suit. Pepper doesn’t get her own suit in the lego set, this is simply what the suit minifig looks like with Pepper’s head on it, but this would be a pretty strange detail for toy box art if it doesn’t appear in the movie. A new trailer for Iron Man 3 is set to debut in a few days, and has already leaked (albeit in poor resolution and with Spanish dialogue). And even though we probably would have heard already if Pepper was suiting up in it, I still haven’t lost all hope. You can catch the complete picture of the box art, and photos of all the minifigs on Flicker here.

(The Brothers Brick via Tipster Paul.)