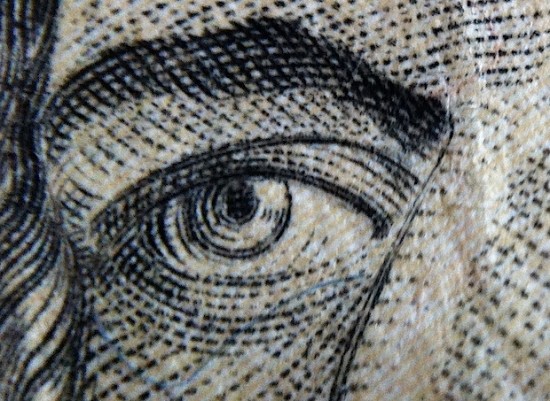 Smartphone cameras are constantly getting better and better, all but putting the consumer camera market completely out of business. Considering the quality of the lens you’re using heavily contributes to the quality of the camera, it’s not surprising that there are plenty of awkward-looking, but effective smartphone camera lenses out there. But it doesn’t always take an expensive lens to take a good picture. In fact, you can turn your smartphone’s camera into a microscope using nothing but a drop of water.

It’s pretty much as simple as it sounds, all you have to do is put a single drop of water on your smartphone’s camera lens and it’ll act as a magnifying lens. Putting water on your phone may seem kind of dangerous, and that’s because it probably is, but if you’re careful, you can come out unscathed. When you’re putting the drop on the phone, just try to make sure it’s small and also as roundish as possible. If it’s too large, the surface tension won’t hold and if it’s not round enough, you’ll get distorted pictures. Other than that, all that’s left to do is carefully turn the sucker over and start taking neat pictures of everyday things.

It’s a simple concept, so it’ll work with pretty much any smartphone so long as your built-in lens is small enough. I tried with my LG Optimus to no avail, because my lens is a little too big. James’ iPhone 4s — which he will not let me touch while I am writing this article — seems much better suited to a nice, small drop. Of course, there are also physical lenses you can get to turn your iPhone into a microscope, but what’s the fun in that? You have to spend money and it isn’t thrillingly dangerous.

Relevant to your interest in how to do things