Largest Gun Bust in NYC History Because Of Rapper’s Instagram

What more would you expect from the poet who wrote: I wake up music I think money I smoke weed I shit when it come to gear and I sleep tats .......I am me I'm sorry world if u don't agree ......neno 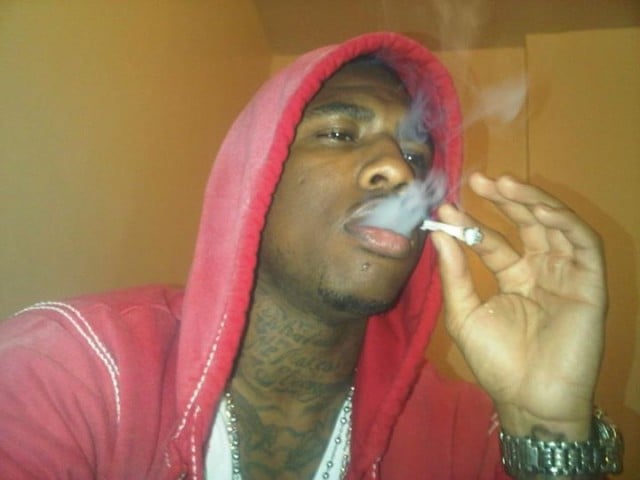 While Sherlock Holmes may have Moriarty, and Superman Lex Luthor, and we’re all thrilled to watch their never-ending battles, it’s kind of comforting when real life criminals are too stupid to do much damage before going balls-up in some truly glorious ways. Case in point: the largest gun bust in NYC history happened because of Instagram.

Sorry for mocking you, Instagram, it’s now clear to me that only the best and brightest use you to document their lives. 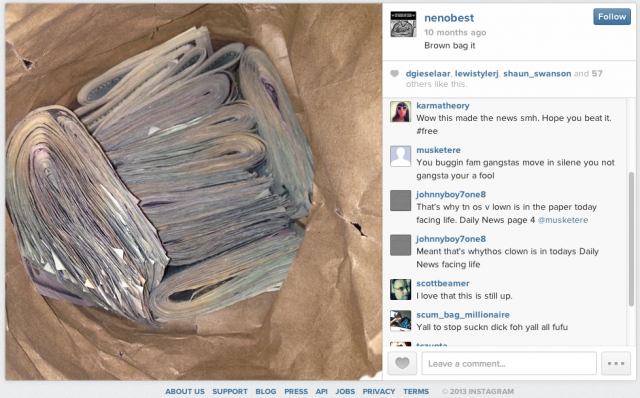 Yes, Karmatheory, that’s exactly how karma works: by beating a rap that you fully deserve because you were simply too stupid to know better. Hashtag free, indeed.

Matthew Best, aka aspiring rapper Neno Best, apparently thought it was a really good idea to post photos of guns and cash (because he’s classy like that), in addition to literally bragging about selling weapons out of his recording studio. While many of these posts have since been removed, the NYPD began investigating and informed a few undercover officers of the almost adorably naive rapper who apparently doesn’t understand how the Internet works.

One unnamed undercover detective took the bait and found that Best, along with his friend Omole Adedji, were making the brown paper bags full of cash seen above by selling guns for as much as a 200% profit per weapon.When the NYPD investigated further, they broke up a gun ring that netted a total of 243 handguns, 9 rifles, and 2 shotguns, 36 of which had already been reported as stolen. Best and Adedji are among the 19 who are being charged. Believe it or not, the pair might even be something like the masterminds of this operation, though we hesitate to use that term here. It just doesn’t feel right for some reason.

The D.A. is likely just hoping that all wannabe supervillains with ego to spare fall a bit closer to the Best end of the spectrum than the Joker’s end.