Moron Fakes Own Kidnapping to Extort $2,000 Out of His (Probably Now Ex-) Girlfriend 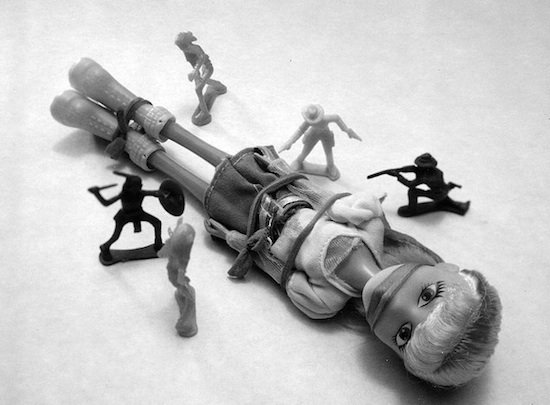 From a 9-year-old Philadelphia girl who feigned being abducted in an effort to get her tardies to class excused to an eleven-year-old Spanish boy who faked his own kidnapping to derail a parent-teacher conference, it’s been a big week for faked kidnappings. That means you’d have to be pretty exceptionally dumb or tasteless to really make news by faking your own kidnapping. With that in mind, we would like to issue a big “come on down” to 31-year-old Mark Rodriguez of Wallkill, New York, a grown man who faked his own kidnapping in an attempt to ransom himself back to his girlfriend for $2,000.

Rodriguez left for work on January 14 — in his girlfriend’s car, because of course — but never got there. Instead, his girlfriend began receiving phone calls from a stranger claiming to have kidnapped Rodriguez, and demanding a $2,000 ransom. If they didn’t receive it, the alleged kidnapper said, they would kill Rodriguez.

The cherry on top of this particular asshole sundae? Sometimes the “kidnapper” would put Rodriguez on the phone so he could tell his girlfriend not to pay the ransom, and instead just let him die, an according to Hoyle example of making the absolute worst of a bad situation. Really, Mark? It’s not bad enough fake your own kidnapping and try to get a ransom out of your girlfriend — you have to send mixed messages about that, too? Now you’re just messing with someone’s head to do it — you’re not even a (particularly stupid brand of) petty crook and more at that point. You’re just a dick.

After his distraught girlfriend called the authorities, police quickly traced the calls to a parking lot in nearby Newburgh, New York, because apparently we’re not dealing with master criminals here. There Rodriguez was found unharmed and in the company of an unnamed accomplice — no doubt a friend of Mark’s from MENSA meetings — and the jig was officially up, though it wasn’t until this Tuesday that Rodriguez was arrested by U.S. Marshals on a charge of attempted grand larceny.

The name of Mr. Rodriguez’s girlfriend hasn’t been released, but if she’s reading this, we would like to offer our brief take on the matter, which is that for a guy of Mark’s obvious character and class… $2,000 seems a little high, ransom-wise. Just a note for the future. Maybe try and talk future “kidnappers” down. Mr. Rodriguez is very lucky that the title of world’s worst romantic partner will now and forever belong to “Dude Who Shot His Girlfriend In The Back Over The Walking Dead.” That said, this is a pretty close second, and though we don’t know you, we’re willing to give you the benefit of the doubt here. You can do better, if only because it would be hard to do worse.