Anti-Piracy Group Pirated a Song For Its PSA 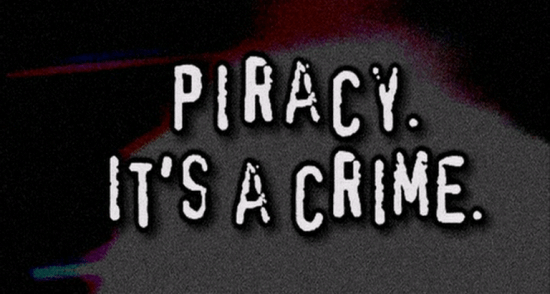 Piracy. It’s a crime. You’d think an anti-piracy group would know that well. Well Dutch anti-piracy group BRIEN either doesn’t know or doesn’t care because they pirated a song for their anti-piracy PSA. In 2006, the group asked musician Melchior Rietveldt if they could use his song in their PSA. Rietveldt agreed, but under a set of very specific conditions, namely that it only be played at a specific film festival. When BRIEN went on to recycle the PSA on tens of millions of DVDs without his permission and without compensating him for it, they were infringing on his copyright all over the place.

There are all kinds of issues with this situation. For one, Rietveldt composed the tune under the explicit conditions that the PSA only be shown at the single film festival, and BRIEN’s willingness to completely disregard that agreement is some seriously troubling copyright infringment. Then, there’s the icing on the cake of how they didn’t pay him. Then again, I guess they did have to keep it a secret. Which they did, until Rietveldt picked up a Harry Potter DVD and found himself sitting through a familiar and unskippable tune.

Rietveldt, understandably miffed, went to to royalty collections agency Buma/Stemra to start the process of attempting to recoup the 1.3 million dollars he failed to earn due to the copyright infringement. This is were it gets even weirder. This issue had been laying relatively dormant since early 2007 when Rietveldt discovered the infringement, but recently a Buma/Stemra board member, Jochem Gerrits, got back to him about getting that $1.3 million. There was a catch however: Gerrits wanted a third of it.

In a recorded conversation with Rietveldt’s financial advisor, a conversation recently released by Pownews, Gerrits clearly asks for a 33%  of the recovered royalties in compensation for his efforts which would entail bringing up the issue at a board meeting. For those of out there keeping score: This is not an OK thing to do. Following the release of this informaiton, Gerrits has temporarily resigned and maintains that his statements were misinterpreted.

The controversy is still unfolding, but what’s unfolded so far clearly shows that those involved in ensuring that artists are paid are apparently not above abusing artists themselves, at least in this very specific case. This doesn’t go to show that all anti-piracy groups are secretly evil and all royalty collections agencies are demanding bribes, but it certainly goes to show that the whole “piracy” issue isn’t nearly as simple and straightforward as most of those groups would like you to believe. Copyright infringement isn’t only done by people who would, say, steal a car. The world works in shades of gray; all these anti-piracy folks may not be quite the white knights they make themselves out to be.