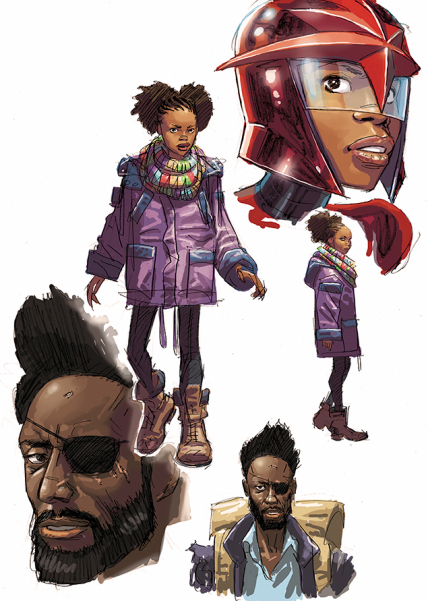 Okay Marvel, I know you’re doing this whole Secret War thing and you want an excuse to bring back Thanos but I really don’t care about a non-MCU Infinity Gauntlet story right now so you can just—wait, what’s that? A teenaged female protagonist? A cosmic title that’s actually all about family dynamics? Never mind. I’m listening.

Infinity Gauntlet #1, which was announced today, shares a name with the original 1991 arc by Jim Starlin and George Peréz (and later, Rom Lim), but appears to be a completely new story as imagined by Gerry Duggan and Dustin Weaver for Marvel’s Secret War event. The series will revolve around the young Anwen Bakian, whose mother disappears after joining the Nova Corps and leaves her and her family behind in a nightmare world ruled by giant bug monsters. Oh, and then she finds a Infinity gem and ends up on Thanos’s radar, but not the Thanos we know—he’s a bit more grizzled and mysterious this time around.

Duggan told the LA Time’s Hero Complex more about this new addition to the Marvel pantheon:

“Anwen is the reader’s lens into this world, and having written another young hero for Marvel, I can tell that inexperienced characters are a real gift. They make mistakes … and may trust the wrong characters. Anwen is another great character in that great Marvel tradition. She’s a hero with just as many problems in her personal life as she’s got while she’s adventuring. Those problems are intertwined in this series. Anyone curious about the Marvel Cosmic Universe is going to get a real kick out of this comic.

Weaver also added, “This is a story about a family. It’s about being a parent as much as it’s about growing up. Anwen is the older of two sisters. She is smart and courageous. She’s in a difficult place of needing salvation and realizing that it might have to come from within, which I think is growing up.”

Geez, augh, guys. We were all worried that the Secret War event would undo a lot of the great work Marvel’s been accomplishing by introducing and highlighting new and more diverse characters—or, at the very least, that it would be as convoluted and confusing as most big crossover events tend to be. But I gotta admit: between Secret War 2099, the all-female A-Force, and this, I’m kind of liking what I’m seeing around the periphery of this event. So far, anyway. We’ll see how all these characters fare by the end,

Here’s the rest of the newly released concept art by Weaver, including an image of Grizzly!Thanos: 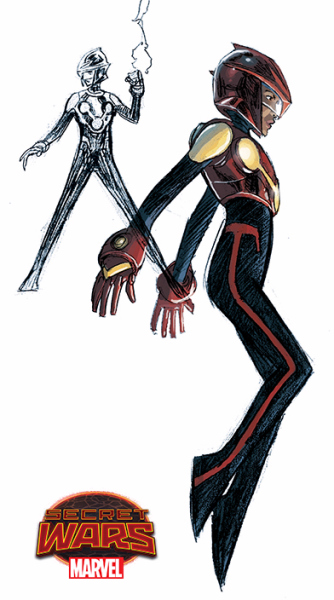 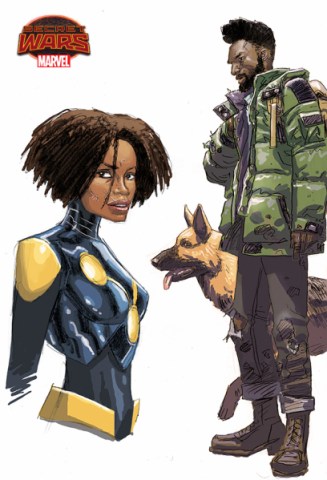 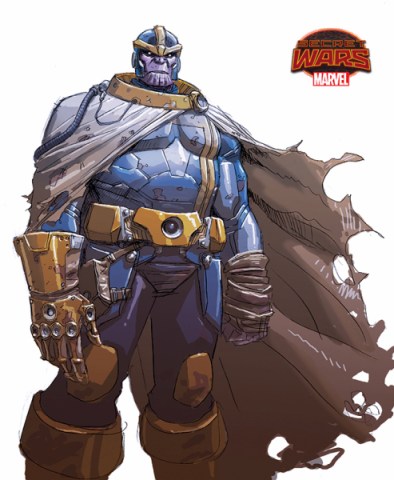