Indie Game: The Movie – I Laughed, I Cried, I Wanna Do That! 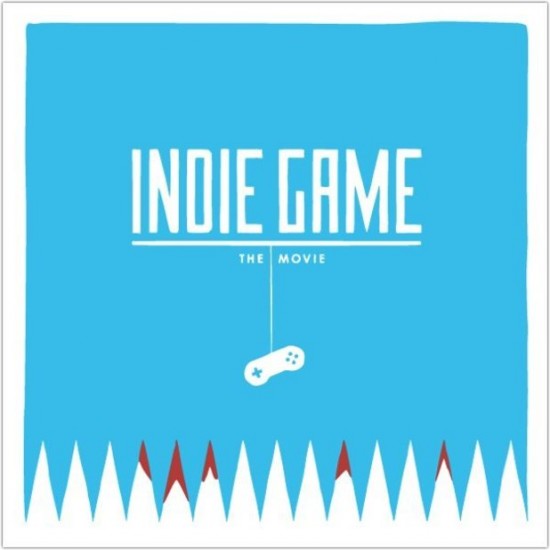 It’s been a little more than a week since Indie Game: The Movie was released to a worldwide audience via Steam and iTunes. I finally got around to watching it and I cannot recommend it more highly. When I pressed play in my iTunes window, I was expecting your typical video game documentary, but what I watched was a truly inspirational peek into the lives behind the games. These are people who make games, not because they want money or fame, but because they simply love making games. The film leaves its audience with the idea that anyone can make a game, not just the bigwigs at EA Games.

First and foremost, Indie Game: The Movie is just a good documentary. Filmmakers James Swirsky and Lisanne Pajot tell an extremely engaging story as they follow four independent developers through different stages of the creation of their games. The film focuses on Tommy Refenes and Edmund McMillen (Super Meat Boy), Phil Fish (Fez), and Jonathan Blow (Braid). Each developer adds his own personality to the film and isn’t afraid to share his personal feelings, making the film varied yet honest. The music for Indie Game: The Movie was provided by Jim Guthrie, the composer for the indie game Superbrothers: Sword and Sorcery EP, and fits the tone of the film perfectly. It’s well put together but a little quirky, just like the games with which the documentary is concerned. In fact, the entire movie has the overall feel of an indie game in that you can tell how much the artists who made the film, as well as those featured in it, truly care about their work.

One of the most striking aspects of  Indie Game: The Movie is its focus on the developers, not the games. A lot of gamers don’t really think about the people who make the games they play. I can honestly say that I certainly didn’t. Through this documentary, we not only see the faces of those people or learn their names, but we really see what makes them tick. Refenes, McMillen, Fish, and Blow reveal the aspects of their own lives that go into the creation of their games. While talking about Braid, Jonathan Blow says,”making the game was about [taking] my deepest flaws and vulnerabilities and putting them in the game.” Over the course of the film, the audience gets a true sense of just how much each of these men put into their work. We are very much connected with their joy, their fears, their sadness, their frustration, and their passion; these people are people, just like us.

While I was watching this film, I connected to Refenes, McMillen, Fish, and Blow in a way I didn’t really understand at first. As the movie progressed, however, I realized what the film was truly trying to say: if you want to do something, do it. It’s as simple as that. You will have to work very hard and things might not go as planned, but you should never be discouraged by the thought that you can’t do something. The connection audiences feel with the developers works to connect them with the fact that they can express themselves, whether through the medium of video games or by any other means imaginable. After watching Indie Game: The Movie, I  just had one thought: “I want to do that!”

(via Indie Game: The Movie)