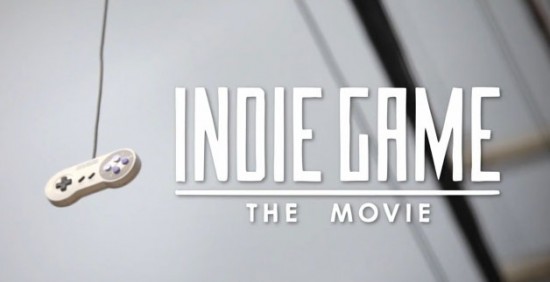 Steam, widely acknowledged to be the single best digital distribution network for PC and Mac, is taking a step into some unknown territory and selling its first ever film, the ridiculously appropriate Indie Game: The Movie. The film is available for pre-order now for a price of $8.99, but doesn’t unlock until June 12th. Could this mean Steam is going to be moving into the movie space in a big way? Probably not, but with this news, you can’t exactly rule it out.

It’s hard to predict too much from this move considering that Indie Game: The Movie is quite literally the perfect film to be sold on Steam. For those of you who aren’t familiar, Indie Game: The Movie is a documentary following three of gaming’s superstars — Phil Fish, creator of Fez, Edmund McMillen and Tommy Refenes, the team behind Super Meat Boy, and Jonathan Blow, creator of Braid — as they move through the development process. Aside from just being about games, Super Meat Boy and Braid are actually both available on Steam, and Fez is likely to come to the service as well.

So, whether Steam is likely to pick up any films that aren’t so intimately related to products it’s already selling is anyone’s guess, but in hindsight, it seems like it would have been totally ridiculous for Steam to not at least try and get its hands on Indie Game: The Movie. So pick it up now if you think it sounds interesting. Or, if you really want, you can play the numbers and see if it’ll get the Steam-sale treatment down the line.