India Planning a Mission to Mars in 2013, Seems Way Too Optimistic 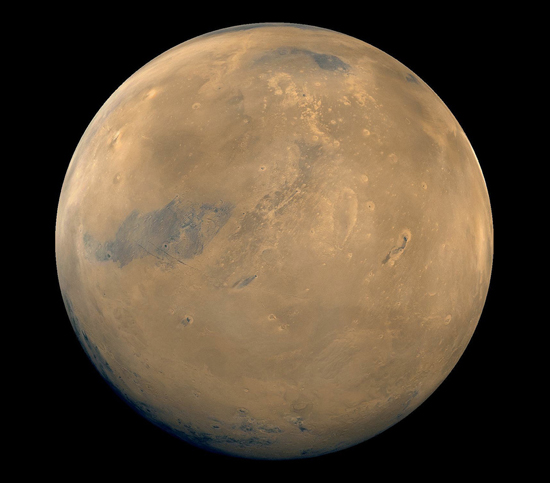 India wants some of that space exploration pie for themselves. Prime Minister Manmohan Singh announced that the nation is planning to send an unmanned spacecraft to orbit Mars. Ever since NASA’s Curiosity rover touched down, there’s been something of a furor over space and all it encompasses. India, perhaps, is a bit optimistic in their projections. A launch of this magnitude happening a year after being announced seemsa bit too optimistic.

Keep in mind that this is the same country that had blackouts that left over 700 million people without power just two weeks ago. The logistics required to send a probe to Mars is also probably a bit more complicated than a year’s work could solve. NASA’s most recent mission was years in the making and even they weren’t positive it was going to go off without a hitch.

The projected cost for the mission? 4.5 billion rupees. That roughly translates to around $82 million. To compare, the Mars Climate Orbiter — the one that burned up when attempting orbital insertion in 1999 — cost more than that to even launch. According to NASA, just to launch that orbiter cost $91.7 million. Given that it’s now over a decade since that launch, $82 million for an entire mission seems like a laughably low figure.

Any kind of money being sequestered for space exploration is a good thing, but this kind of figure only seems to set the institutions required to accomplish these feats up for failure. When they need more money, suddenly they’ve exceeded their budget, even though it actually traces back to estimates originally being way off the mark.